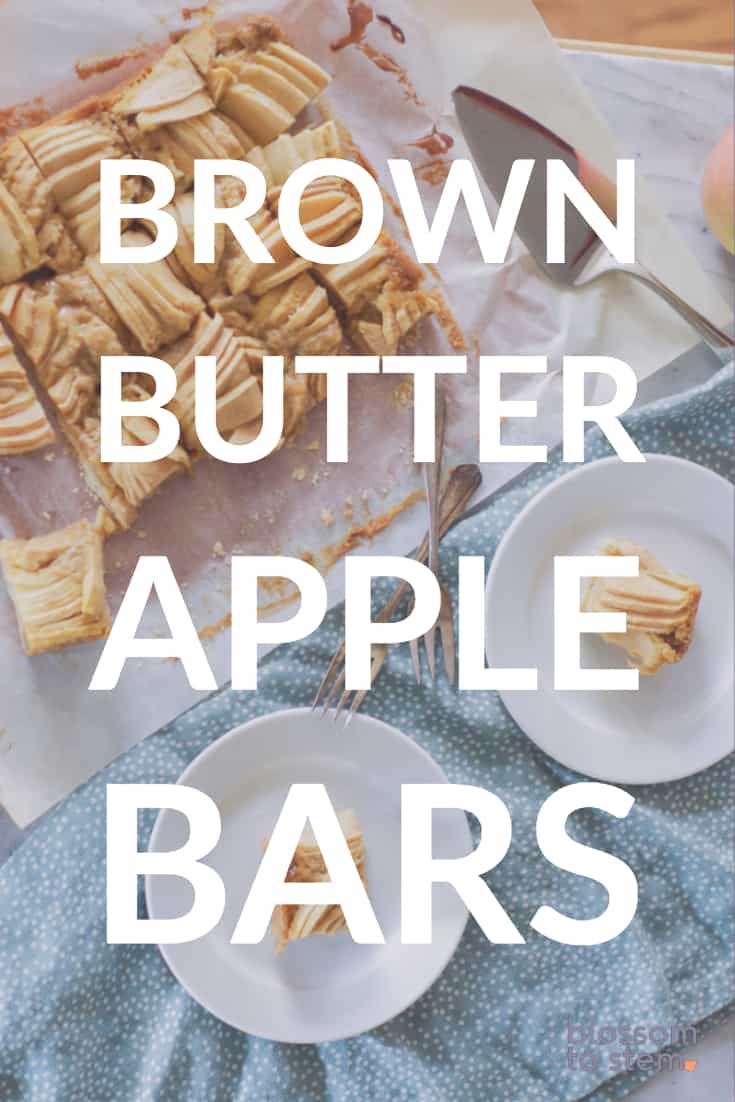 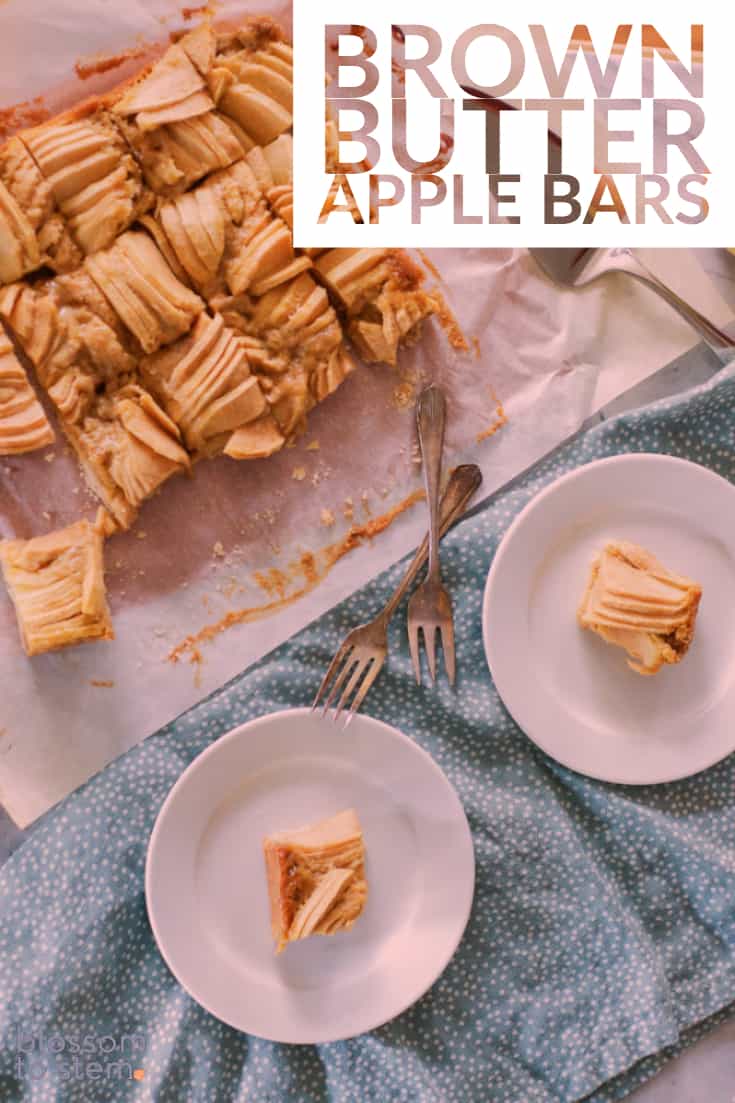 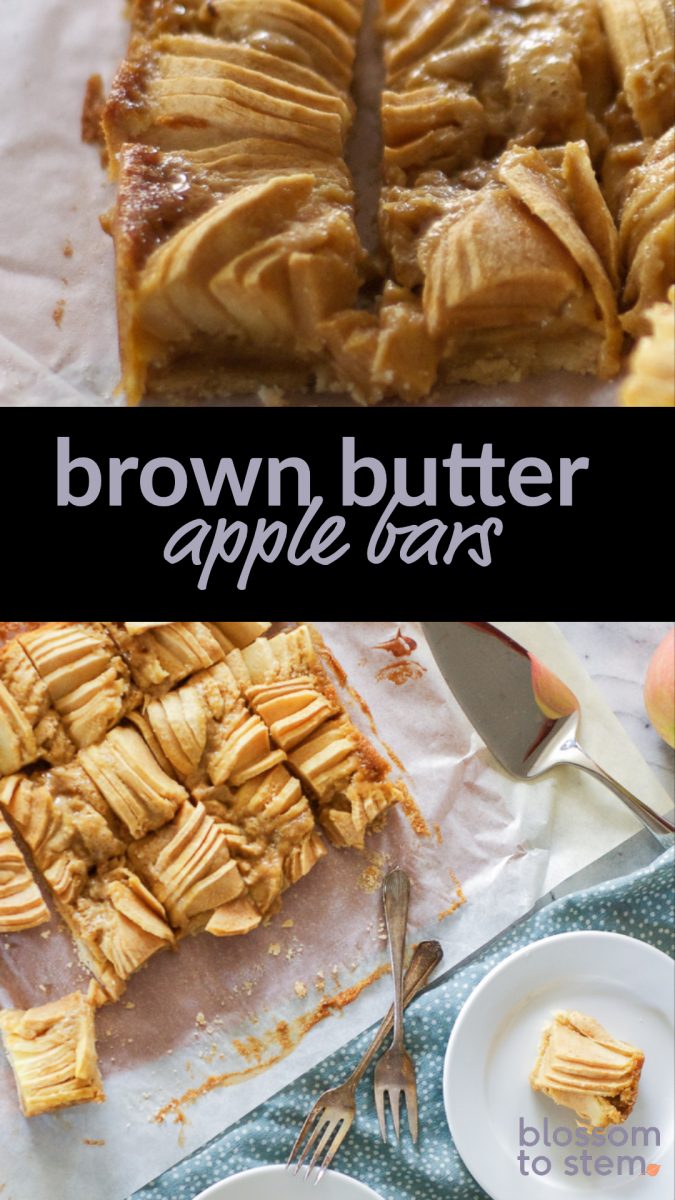 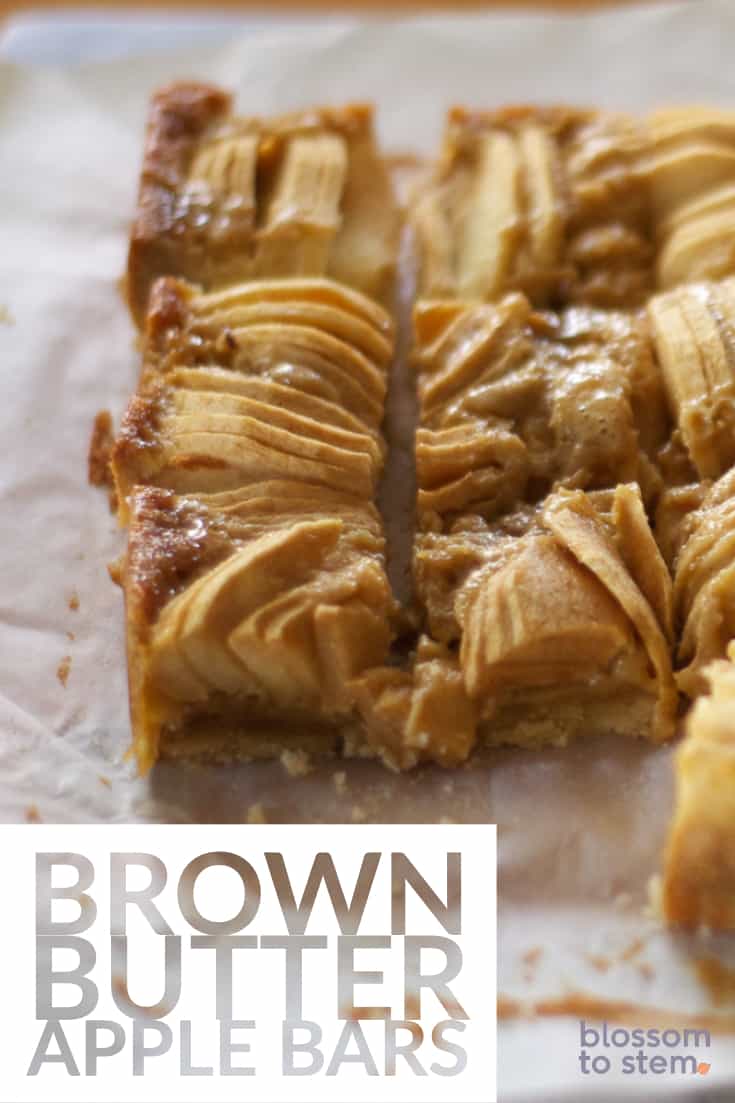 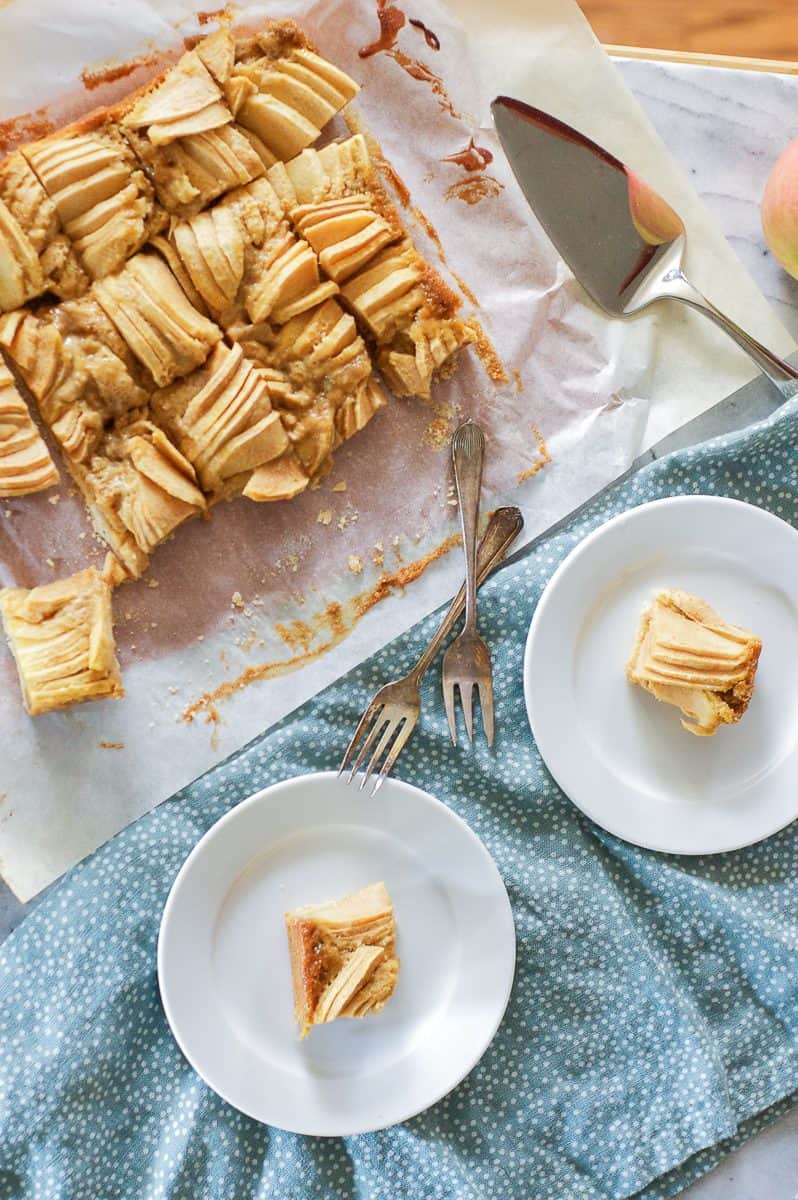 It’s been a busy month for us. Our suitcases have gotten a workout.

We moved and began to unpack. Two weeks later we packed our bags and headed to Vegas where Dan was attending a conference. Then we got home on Friday afternoon, hastily unpacked and then repacked for a Saturday morning departure to Vermont to visit our friends and Dan’s family for an early Thanksgiving.

I will admit that all of the packing and unpacking, all of the time zone shifts and climate switching have left me a little dazed and not a little bit exhausted.

It’s been wonderful to see everyone, but it’s good to be home, finally, and to continue the work of getting our new place set up and organized.

One thing that makes a place feel like home to me is the smell of comforting baked goods wafting through the kitchen.

They are based, very loosely, on the brown butter peach bars that appear in The Big Sur Bakery Cookbook (that I read about on Deb’s site years ago), but they are vastly simplified.

There’s no homemade jam making involved, there’s no waiting for the brown butter to chill, there’s no need to go out and buy whole vanilla beans.

What is involved is my favorite easy pat-in-the-pan shortbread crust from Alice Medrich, butter that gets browned with a cinnamon stick and mixed with egg and brown sugar for a gooey, cinnamon-kissed butterscotch-y custard layer, and loads of thinly sliced apples nestled together over the top.

They taste comforting and familiar in the way I want my apple desserts to be, but they are also new and different enough to make me rethink what an apple dessert can be.

But right now, I think this is my favorite apple dessert. (Umm, unless it’s this apple beehive.)

It’s heavy on the apples with a wonderful nuttiness from the brown butter and caramelly molasses notes from the dark brown sugar.

It’s light on the cinnamon, but you can dial that up if you like your apple desserts with extra spice, and it all rests on a lovely crisp and delicate shortbread crust.

It manages to satisfy my desire for apple pie and for a cookie at the same time.

It would make a great Thanksgiving dessert if you’re the sort of person who feels alright about deviating ever so slightly from the traditional. And it’s best cut into small pieces, which makes it easy to squeeze in alongside a sliver of pumpkin pie after a big meal.

Looking for more Thanksgiving inspiration? Roasted delicata squash, kale, and leeks with farro would make a nice side dish or vegetarian or vegan main dish. Apple and lacinato kale salad with saba would make a good seasonal green salad. If you’re looking for a soup to get the dinner started, this corn, jalapeño, and sweet potato bisque would be lovely. Spiced cranberries would go nicely with a cheese plate. If you want to go fancy and complicated Brown Butter Cake with Cranberry Curd, Orange Cardamom Crumbs, and Biscoff Frosting (a la Momofuku Milk Bar) is a delicious layer cake that plays on traditional autumnal flavors. And if you’re looking for a Thanksgiving cocktail, it would be tough to beat the Perfect Pear.

Keeps, well covered in the refrigerator, for up to 3 days.

These came out beautiful and are delicious! Very easy to make as well. Give it a try!

These look amazing, but the crust didn't work for me! It was very runny so I didn't even try baking it. Not sure if my butter was still too warm? Can you please give some tips on what the consistency should be like? Thanks so much

The crust looks wet before it's baked because of the melted butter, but it bakes up crisp like a shortbread cookie. My guess is your crust was fine!

Just a suggestion, show the bars from the side, too. So that when we attempt the recipe for the first time we know what ours should look like. Pretty bars.

I love apple recipes! Isn't it terrific when you can take an 'oldie" and make it a "goodie" by shortening the baking preparation and cooking time!!

Your apple bars look so tasty and perfect for fall! Can't wait to try this recipe :)