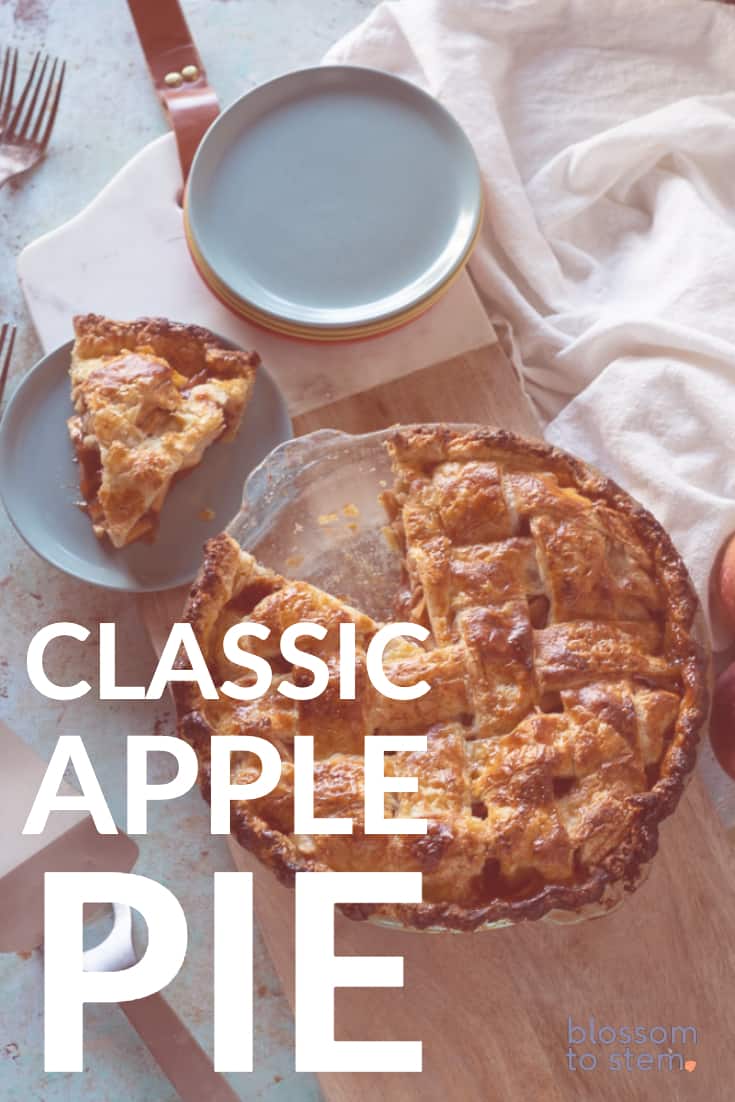 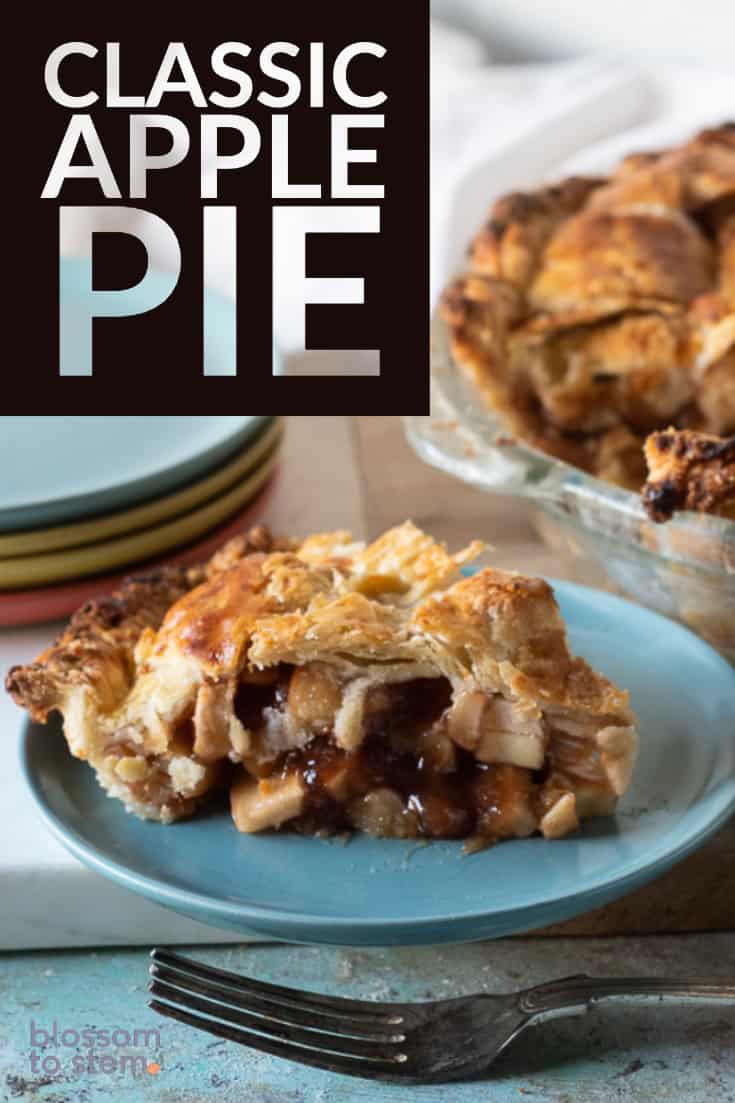 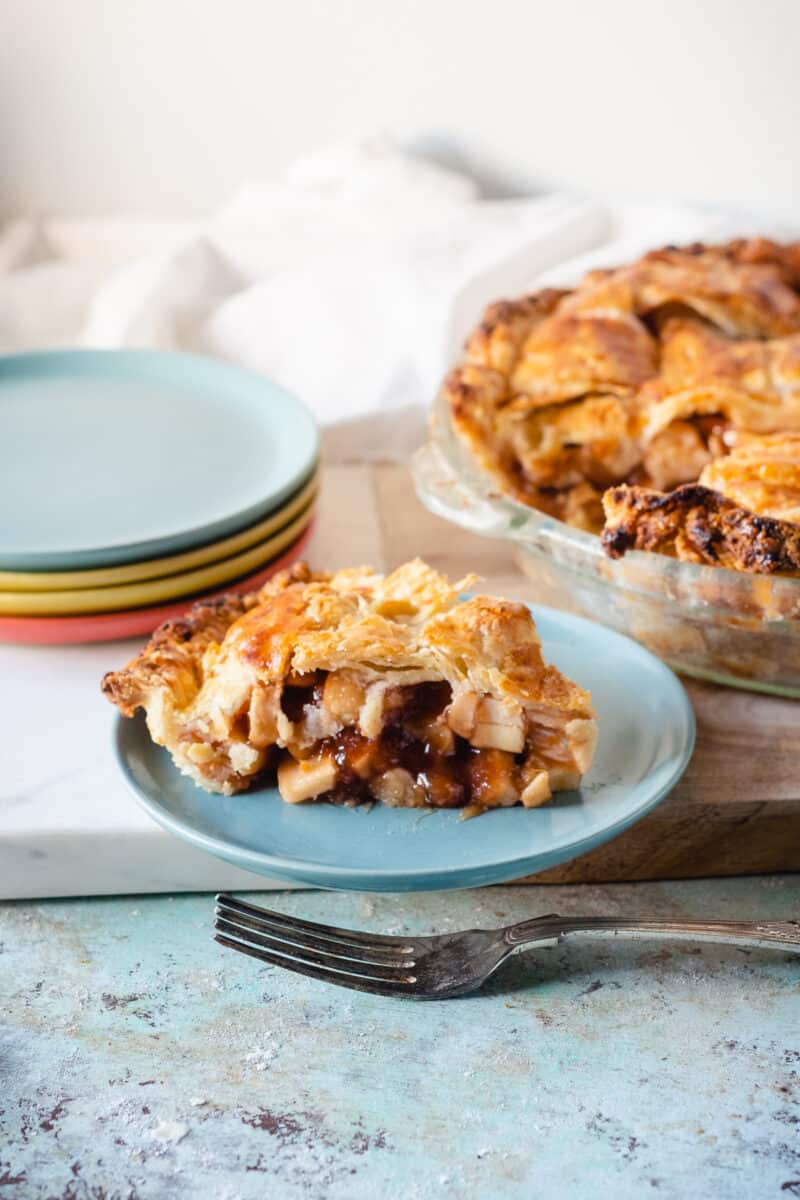 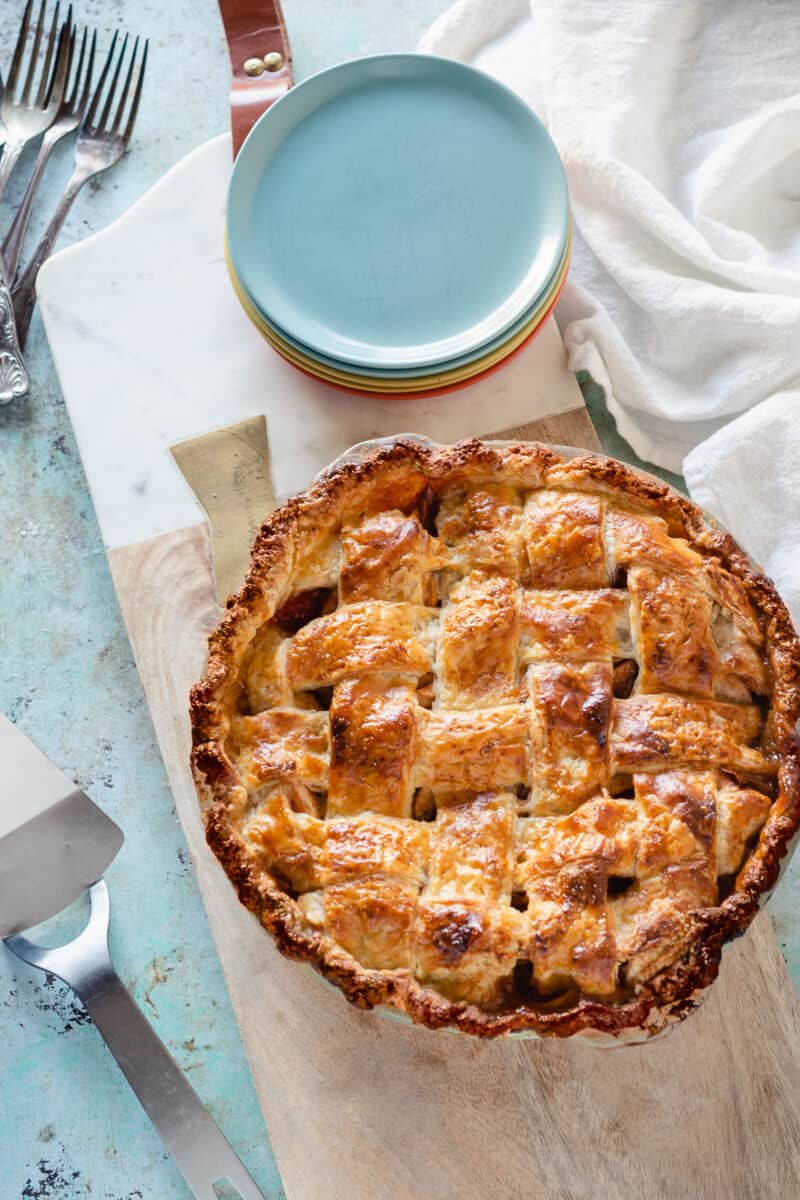 Classic apple pie, when it’s good, is a delight to eat.

And for years, I made mediocre apple pies. I mean, they were good enough, especially when they were accompanied by a scoop of ice cream or a cup of piping hot coffee, but they weren’t everything I hoped they’d be.

The bottom crust might be soggy, the filling a little too wet or too stiff with thickeners, the spices a little too subtle or too assertive. Decent but somehow falling short of the apple pie of my dreams.

But this time, finally, I’ve pretty much nailed it.

This apple pie has a complex flavor from a variety of apples, a combination of white and dark brown sugar, and a generous amount of cinnamon. The crust is flaky and buttery and the interior is sturdy enough to be sliceable but has enough moisture to feel gooey and rich.

The apples retain a little bite to them, which makes for a textural contrast I love. (If you want your apples to be really soft, slice them thinner than I recommend here.)

Of course a good pie starts with a good crust. So here I turn to my favorite flaky all-butter pie crust. (It’s the same one I use in this blueberry galette and this cherry galette, and it never fails me.)

The crust is actually pretty easy to make. But I’ll admit that the filling part of this pie involves a little bit of fussy business.

But I promise, it’s worth it.

I combine a variety of tips and techniques that I’ve gathered from my favorite resources for pies: Paula Haney’s Hoosier Mama Book of Pie (and if you’re in Chicago you should totally check out her shops), Emily & Melissa Elsen’s The Four & Twenty Blackbird Pie Book, and Stella Parks’s BraveTart (which is a great resource for classic American baking in general, not just pie).

It starts simply enough. Like most pie fillings, you toss fruit with a bit of sugar, spices, and thickener—in this case the apples are tossed with white and dark brown sugar, cinnamon, and tapioca starch. But then you need to let time do some work.

The apples macerate for an hour to allow them to give up some of their moisture while the sugar they’re sitting in melts around them.

Then you strain the apples, allowing the liquid to drain for a half hour to collect all of those delicious juices.

Then you reduce that liquid in a saucepan until it turns into a thick, goopy, almost caramel-like mixture. And then you mix it back in with the apples.

This process helps reduce the excess liquid that gets released while apples bake while concentrating the flavor at the same time.

Then to give the bottom crust and extra layer of insurance against sogginess, you sprinkle on a layer of what Paula Haney calls “crust dust,” which is a simple mixture of flour and sugar.

The flour absorbs any extra liquid that gets released from the apples, and the sugar prevents the flour from clumping.

It’s an old-timey technique that fell out of fashion at some point, which is a shame, because it is so simple to do and it really works.

That’s all of the fussy stuff. And none of it is difficult, but it does add some extra time to the process.

But you can do it all while your pie crust is chilling.

The rest of it is probably familiar if you’ve ever made a two-crust pie before.

You add the filling to the chilled bottom crust. And then add the top crust.

The one pictured here has a lattice-top. That part is totally optional if it feels like too much bother. You can simply top it with your rolled out top crust and slice a few vents in to allow steam to escape.

Then you brush it with a wash that’s a mix of egg and heavy cream to give it a lovely golden brown sheen.

And then it goes into the oven where the filling bubbles and softens and the crust turns a rich golden brown.

And then comes the hardest part: waiting for it tool down enough to slice.

Seriously, as much as I love warm pie, this one is at its best when it has cooled for at least two hours and is more or less at room temperature.

I like to slice it with a sharp chef’s knife that goes right through the crisp crust and the dense layers of apples, then use a standard pie server to get the slice out of the pie plate.

And then you just need to figure out whether or not you need a scoop of ice cream alongside that slice.

Best on the day it is made, but keeps well at room temperature for up to 3 days.

This pie looks amazing. My favorite part is the thick, goopy, Caramel like sauce that you make out of the juices. I can see that bringing all the flavors together.

Wow, this post is beautiful and sets such a serene mood, just what I love about baking from scratch. Your crust is awesome :)

Thank you for taking the time to really nail this classic and then share it with us. It’s not the holidays without Apple pie!

This truly is the perfect apple pie! All of the "old time" techniques stand the test of time - there's a reason our grandmothers were such great bakers. This recipe is a keeper for sure!

Thanks for the tip of adding crust dust - I will be trying it as I don't like soggy crust!