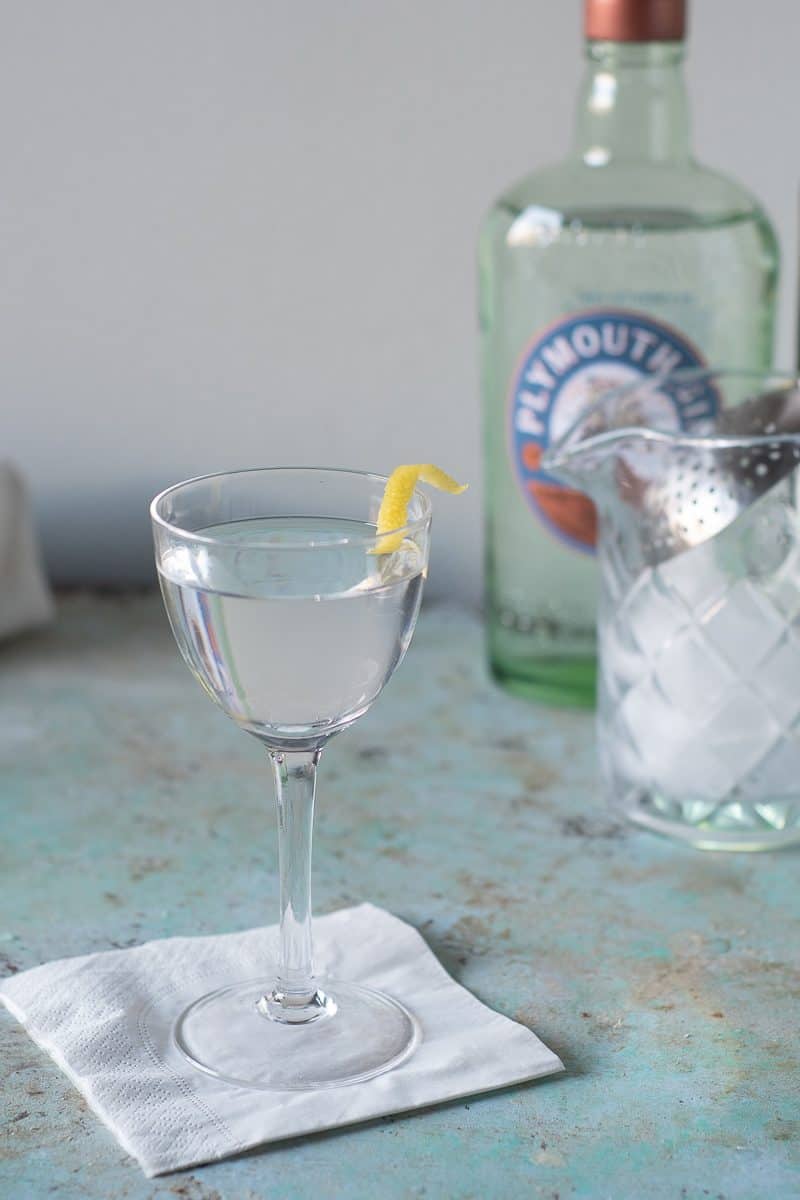 Anyone who regularly orders a Martini rarely just orders a Martini. They have the specs for the drink they want in their head, and they tell the bartender how they like it.

Whether it’s a Vodka Martini, straight-up, stirred, with three olives or a Gin Martini, very dry with a lemon twist, it’s a drink that’s almost always ordered with particular instructions.

And while drinkers have always been in dialogue with their bartenders and suggested adjustments to pretty much any drink on or off of the written menu, I’ve seldom heard a Manhattan ordered with the specificity I routinely expect from a Martini.

It’s a curious thing in a drink so iconic that for the last three decades of the 20th century and about half of the first decade of the current century, it was the only classic cocktail that you could order at just about any bar and expect to be made properly.

Which may actually be an explanation in itself.

The Martini was never subjected to the horrors of manufactured sour mix, or neon cherries, or any other sweet syrupy concoction that came from a gun behind a bar like so many other cocktails from the 1970s through the 1990s.

For a while, if you wanted a drink that wasn’t sweet, it was the only game in town. And the fetishization of dryness among Martini fans stood in opposition to everything those syrupy sweet, can’t-taste-the-booze drinks were.

Which is funny, because the original Martini, the ones people were drinking in the 1880s, was actually a sweet drink.

The precise origins of the drink are murky, but its ingredients are well established.

It was made with gin and vermouth, but the gin was Old Tom gin, which is a sweetened gin, and the vermouth was Italian sweet vermouth, and some of the earliest iterations also had gum syrup and bitters and sometimes even maraschino liqueur.

It was a drink much more along the lines of what’s experienced a bit of a revival as the Martinez today. Or a Manhattan with gin (or maybe more accurately a Brooklyn with gin).

London dry and Plymouth gins, which is to say, unsweetened gins weren’t widely available in the U.S. until the 1890s. These dry gin varieties emergence on the scene coincided with an increased interest in dry drinks generally.

And by 1896, the Dry Martini was widespread in bars.

But “dry” was meant in the sense that the vermouth was dry. The turn of the 20th century Dry Martini was equal parts gin and dry vermouth. Which, to be honest, makes a lovely subtle drink.

Over the years, the proportions shifted and “dry” started to mean more gin and less dry vermouth.

During Prohibition, folks worked with what they had and used as much vermouth as necessary to tame the harshness of bathtub gin. And after Repeal when better gin options returned to the market, the 3-to-1 Dry Martini became the standard, and the drink became as symbol of a kind of urbane masculinity.

It wasn’t until the post-World War II era that the clear, ultra dry cocktail that remains so beloved became what we know today. (In 1949, Hemingway reportedly drank Martinis at a ratio of 15-to1.)

It was also in that postwar era that vodka gained a significant share in the American market, and in 1951 the first Vodka Martini recipe was published. By the early 1970s, Martinis made with vodka outsold those made with gin. (Which was just one part of what’s come to be known as the dark ages of the cocktail.)

In the last couple of decades, vodka has lost cache with craft cocktail drinkers while vermouth has experienced a revival. Some people will tell you that a Martini made with vodka isn’t a real Martini. But a version of a drink that’s stuck around for nearly seventy years can’t be dismissed as a passing fad. (Neither can a Moscow Mule.)

So what makes a Dry Martini a Dry Martini now? It’s a drink that has a base of either gin (London dry or Plymouth) or vodka that’s mixed with dry vermouth. The ratio is hard to pin down—reputable cocktail books suggest anything from 2-to-1 to 7-to-1.

I like a higher ratio of vermouth, myself, but the most common ratio I find that fits the expectation of Dry Martini fanatics is 5-to-1. You still taste the vermouth, but the base spirit leads the way. (And make sure that vermouth is stored in the refrigerator after it’s opened!)

Also, the drink must be stirred to get the smooth, clear look and feel that’s become part of the modern Martini’s essence. There are, obviously, famous proponents of shaken Martinis, but the aeration and ice chips aren’t desirable to most Martini drinkers these days.

It should be strained and served up. As for the glassware, there is, of course, the iconic v-shaped glass memorialized in the Martini emoji. But for me, unless you have some dainty vintage Martini glasses that only hold 3 ounces, I find the Martini glass unwieldy and unpleasant to drink from. (And Marian Bull agrees.)

If you like them, you do you, but if you’re looking to purchase glassware, I recommend serving them in Nick and Nora glasses (so named for the Martini-drinking characters in the charming Thin Man movies of the 1930s and ’40s). The lines are softer, and I find them better balanced than the standard Martini glass.

Otherwise, I’d opt for a coupe. There are plenty of great options available now, including a bunch of vintage ones that have made their way onto eBay and into thrift stores.

You can garnish them as you like. The most classic garnishes are a twist of lemon peel or an olive. The Gibson, a common variation, uses a pickled onion.

You don’t need swizzle sticks or any other accoutrement. You can hang the lemon peel on the edge of the glass or drop the olive in the bottom of the glass.

you nailed it with the 3oz martini glasses ... if you can find them, they work well ... i found mine in a new orleans antique shop ... i'm careful with them ... they don't match, are different heights and one is french but both are great ... thanks ld for pointing them out ...

For what it’s worth, my favorite quarantini is 5 parts Aviation gin to 1/2 part Carpano dry vermouth. And stay home and stay negative!

Aviation is a great gin, and I love Carpano dry! I also fully support whatever is getting you through these times! Cheers!

Amazing information and amazing drink too. Would love to check it out for my next party drink. Perfect and special too.

I love that you included the history behind this cocktail. It was interesting to read!