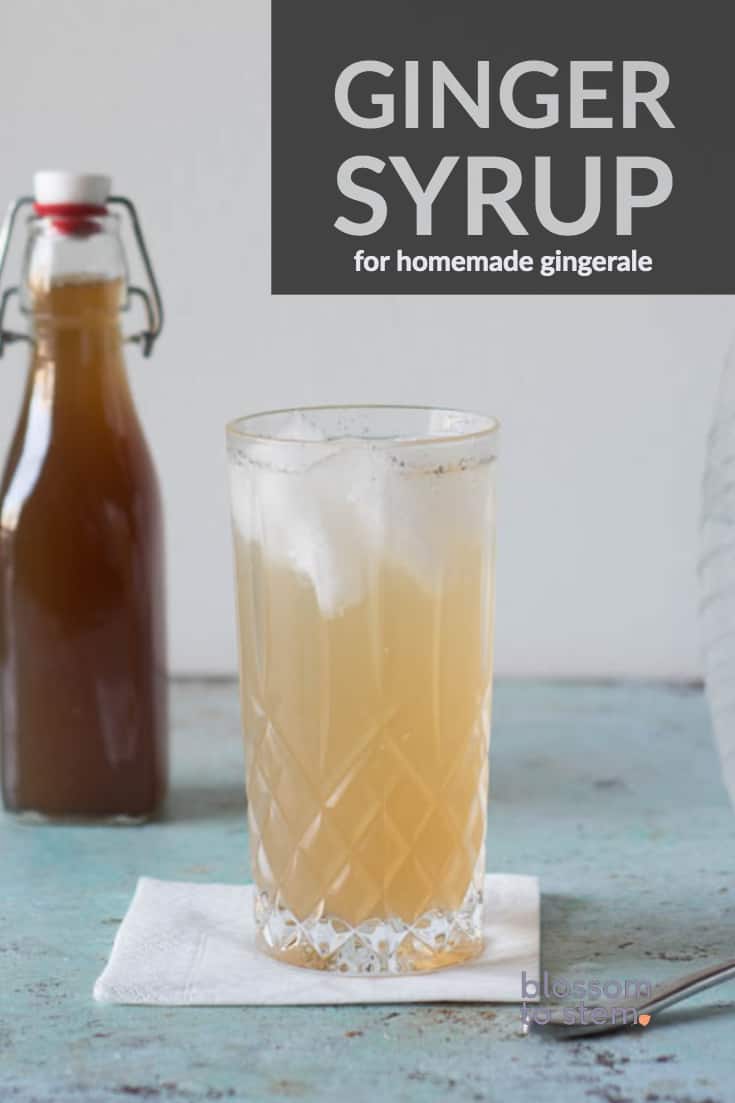 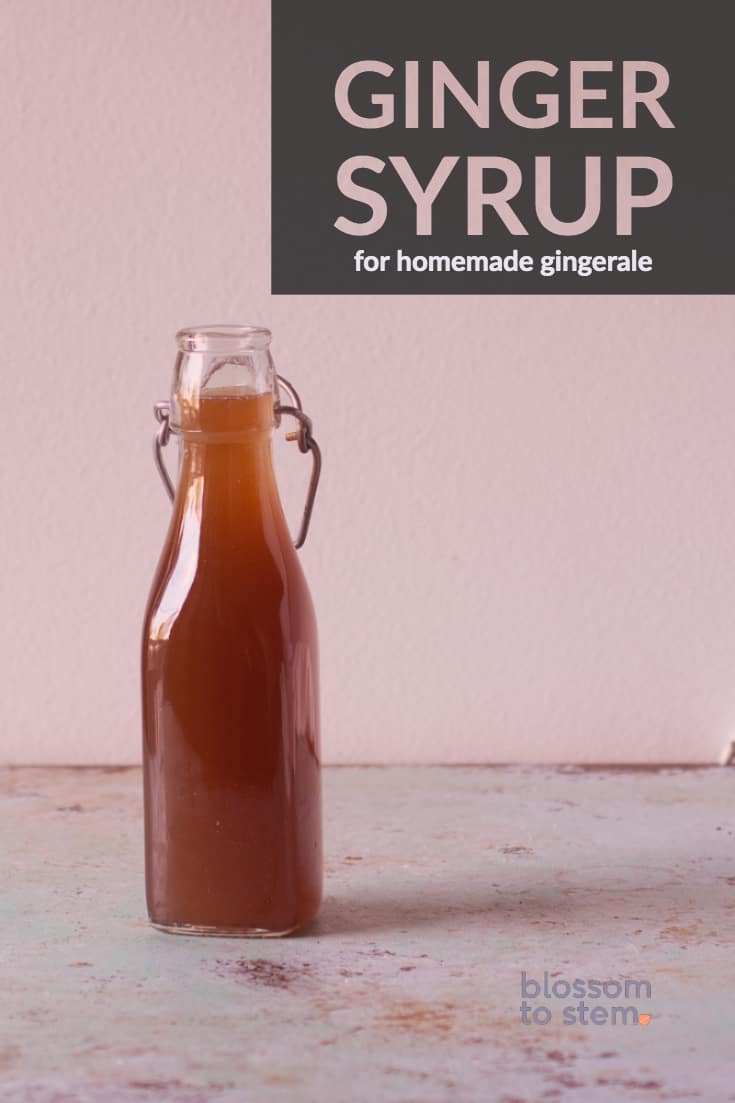 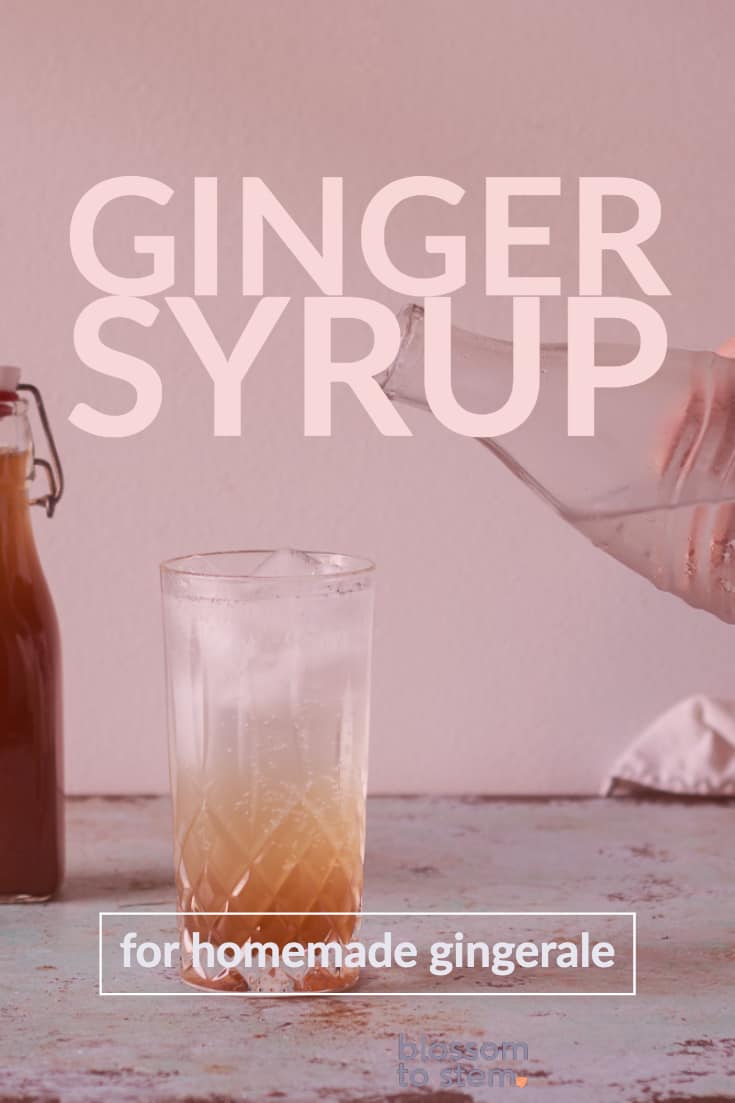 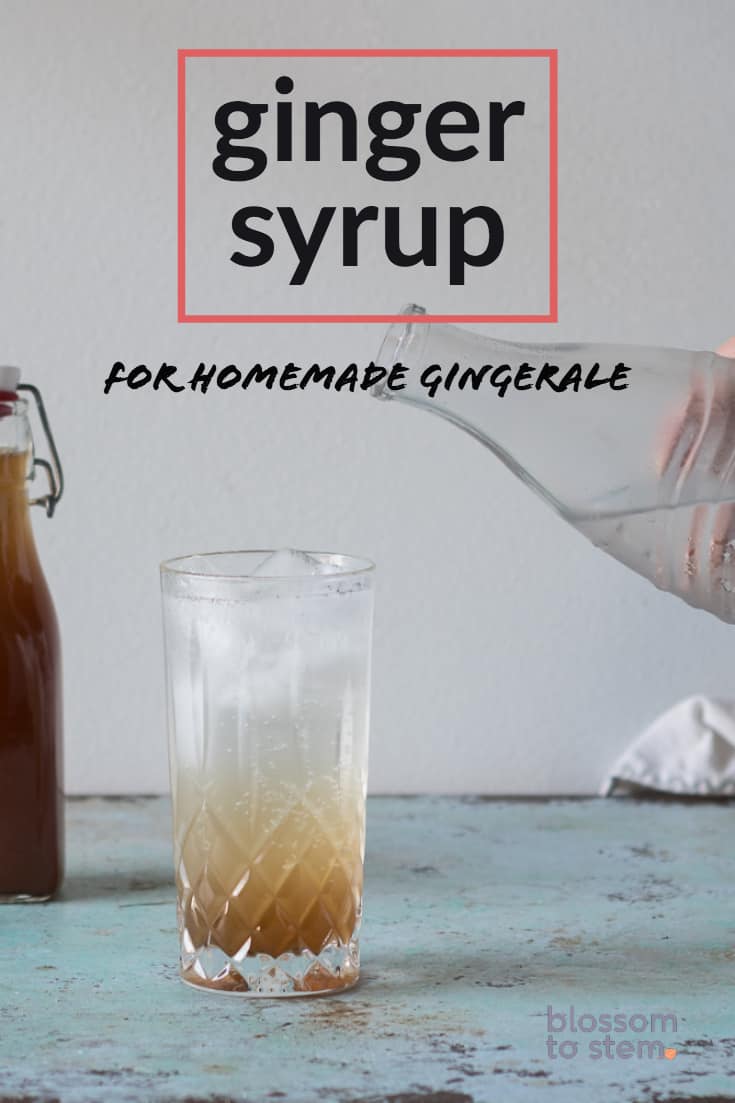 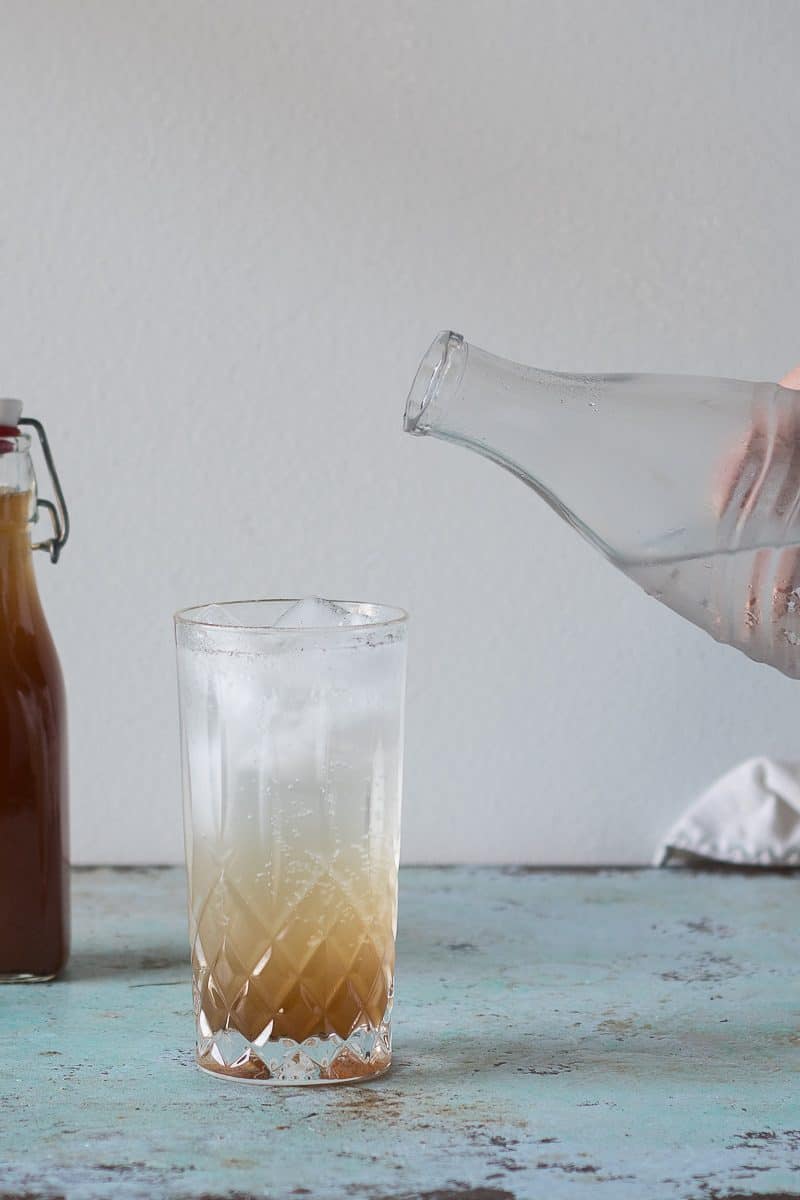 This ginger syrup is a favorite for me. It makes the best ginger ale. It’s sweet and spicy and complex.

I used to imagine ginger ale was one of those mysterious beverages that required a lab or a factory or complicated equipment to produce. (I used to feel the same way about tonic.)

It turns out that’s not the case. And there’s something magical about being able to conjure up a drink like that with simple ingredients at home.

I spent a long time looking for a ginger syrup recipe that would make the kind of ginger ale I like to drink. And I was repeatedly disappointed.

I tried a few that I found too sharp and hot to drink on their own. And others that were just boring.

So I made up my own version with ginger as the star, but a bunch of other complementary spices to make it more interesting. And I tweaked it a few times until I found a combination of flavors that felt full and round and pleasantly sippable. 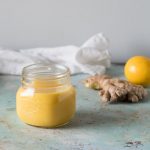 It’s so ridiculously easy to make.

Just chop some ginger, throw in a few other spices and a vanilla bean, add some sugar and water and simmer. Then strain out the solids and let the syrup cool.

Then top with sparkling water for a homemade ginger ale.

Add some fresh lime juice if you’re feeling citrusy. Add some booze if you’re in the mood for a Moscow Mule or any of its many variations.

But still, I think this perfectly delightful as a nonalcoholic beverage for children and adults alike.

This is not a ginger syrup for ginger beer, which tends to be extra spicy with gingery heat. The heat on this one is perceptible but subtle.

This is, rather, a ginger syrup for ginger ale.

One that is smooth, creamy with vanilla bean (what can I say, I’m a Michigan girl who grew up drinking Vernor’s), and complex with a variety of warming spices including cardamom and nutmeg and star anise to round out the flavor.

(And I know you want to murder me for saying vanilla bean because they cost like a bazillion dollars, so I’m also going to let you know that you can absolutely get away with vanilla extract or vanilla bean paste if you want to.)

Too many ginger syrup recipes rely on ginger alone, which, to me at least, makes them one note and flat. Here, the ginger is still front and center but is surrounded by a group of supporting players to give it depth.

This ginger syrup pretty much makes my perfect ginger ale. The kind I can add vanilla ice cream to for floats or mix with smoky mezcal for a Mezcal Mule.

But you can feel free to tweak it to your tastes.

Bump up the cardamom or skip the star anise or throw in lemon or lime zest if you prefer. If you want it spicier, add more ginger. Feel free to play around with it–it’s flexible.

As for me, I’ll be enjoying it with some sparkling water and some lime. 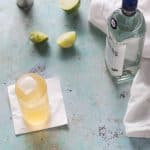 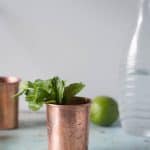 Keeps for about 2 weeks in the refrigerator.

Made this yesterday for ginger beer in Moscow mule. Leftout vanilla and zested a rind of lime and it was wonderful. I coated the leftover ginger with a little raw sugar and served as a garnish with the moscow mule. Fabulous recipe, will definitely make again.

From another Michigan gal: Thank you!

Thanks so much for sharing this great recipe. I’ve made several versions of homemade ginger ale and this is by far my favorite. The addition of cardamom and star anise give it great depth and character. I can’t wait to check out more of your recipes!

This is a recipe not for ginger syrup, but for “multiple spices” syrup. Real Ginger syrup is much easier to make and more straightforward. I wonder why you added so many different complexing spices which obscure the delicious flavor of Ginger? If one wants to make ginger ale, all it takes, added to a 2 liter bottle, is one the juice of a lemon, 3/4 cup sugar, and a quarter cup of simple ginger syrup, and 1/4 tsp yeast. Seal, refrigerate after two weeks at 68 F.

As I explain above, I find a ginger syrup made only with ginger too sharp and one-note. Many ginger ales are actually made with a supporting mixture of spices. Your preferences may differ. There are many recipes like the one you mention out there (and carbonating with yeast can lead to exploding bottles, so I tend not to recommend it).

This is quite a good recipe. The spices give it such a wonderful depth. Far better than the plain ginger-and-sugar recipes I found elsewhere.

A couple of small critiques. 1) I found the vanilla far too dominant. Next time, I'm going to add just a half or quarter bean so that it is more balanced and in harmony with the other flavours. 2) I found this too sweet (and I am a sugar junkie). Will cut back the sugar by about a quarter.

Thanks so much for posting this!

Thanks, Andrew. I encourage everyone to tweak to their liking.