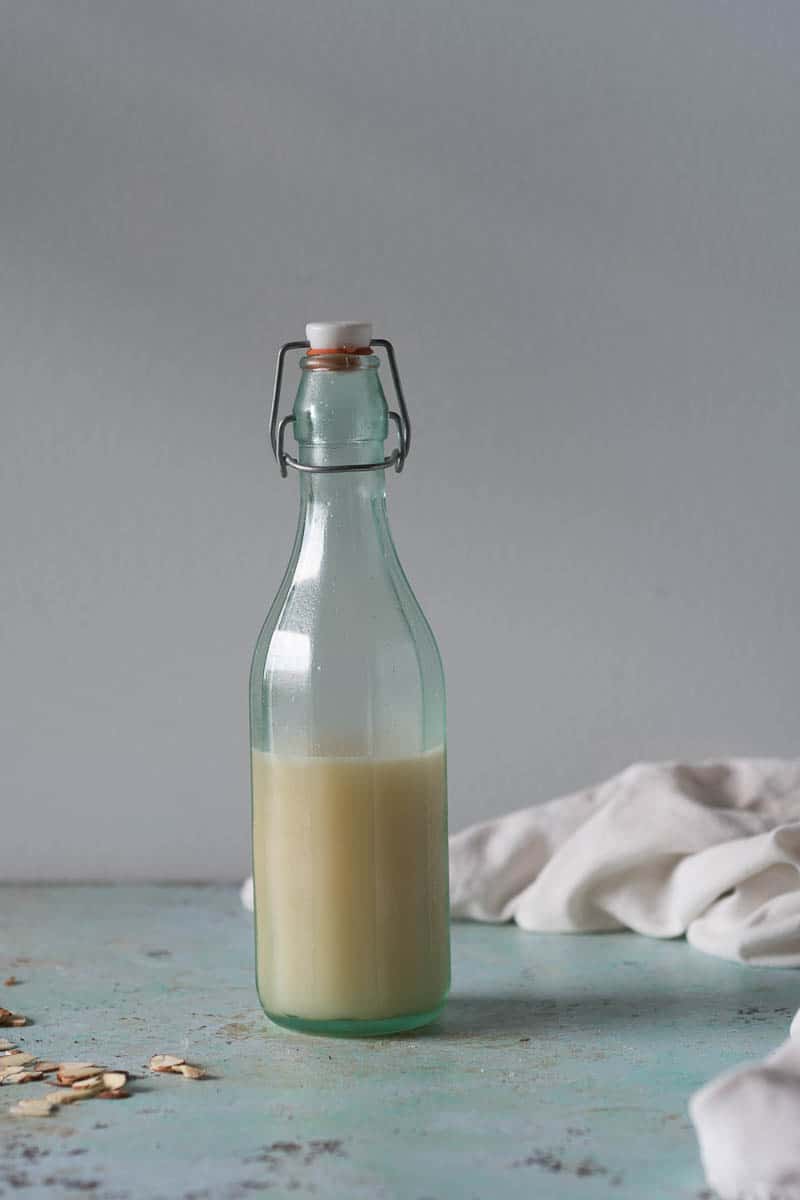 Orgeat is a funny word.

I remember seeing it for the first time in a row of bottles of flavored syrups available to add to lattes and cappuccinos and Italian sodas at an independent coffee shop in the 90s, the kind of place that had lumpy couches and open-mic nights and a patina of patchouli-scented dinge.

This was back when we were all still learning how to order coffee drinks with Italian names, and when I, as a high school student, was thrilled to be able to spend a few dollars and feel like I was participating in sophisticated European cafe culture.

Though I ordered my share of syrupy sweet hazelnut lattes with skim milk, I would have been far too intimidated to order anything I couldn’t comfortably pronounce.

Now that I am older and infinitely more sophisticated and Google has been invented, I can tell you it’s pronounced or-zhat (in English, the French leave off the t at the end). And while it sounds so mysterious, it’s really just an almond syrup with a hint of orange flower water and sometimes rosewater.

I went down the rabbit-hole on etymology, and learned that orgeat (like horchata, orzo and tisane) comes from the Latin hordeum, which means barley. Apparently the earliest versions of orgeat were barley-based milk substitutes that were common before refrigeration was available and milk was hard to keep for long.

Later, almonds were used in place of barley, in what sounds much like an unsweetened almond milk, and eventually it became the almond syrup used in cocktails and coffee drinks today.

I love orgeat. And good orgeat (rather than the artificially flavored commercial stuff) makes all the difference in drinks like the Mai Tai, the Japanese Cocktail, and the Momisette. I also love it when I’m looking to add something sweet to iced coffee.

And, like grenadine, it’s so incredibly easy to make. You can make it with just almonds, water, and sugar, though a verrry small amount of orange flower water (also called orange blossom water) gives it a haunting complexity I just love.

As with any floral flavor, I recommend using it judiciously because it easily goes from lovely to mouthful-of-old-lady-perfume. Some people also use rosewater, and you could certainly add a few drops if you like. I tend to leave it out.

The most intensely flavored orgeat from boutique makers like Small Hand Foods contain apricot kernels to bring in the bitter almond notes that flavor amaretto and marzipan and almond extract. But cracking open apricot kernels is a major pain, and then you have to cook them to neutralize the amygdalin, which the body converts to cyanide.

But, if you’ve been pitting cherries and saved the pits, you can steep those in a sugar syrup along with the almonds to get a hint of that bitter almond flavor.

As far as I can tell, if you steep them whole you won’t release the amygdalin that’s in the kernels in the middle, so there shouldn’t be a risk of cyanide poisoning (plus they get cooked anyway, so the cyanide should be neutralized). But I’m not a scientist, so I’m going to let you make your own call on that one.

For my part, I think the flavor is something special and I love using something that would otherwise go to waste, so I’ll continue to use them if I have them around.

The only other thing left is adding a small amount of alcohol to act as a preservative.

Some recipes call for vodka, others for brandy. I’ve tried it both ways, and I prefer the richness that brandy brings, but you can certainly use vodka if you have it on hand.

You can leave out the alcohol entirely if it’s not your thing, but it won’t keep as long. 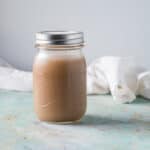 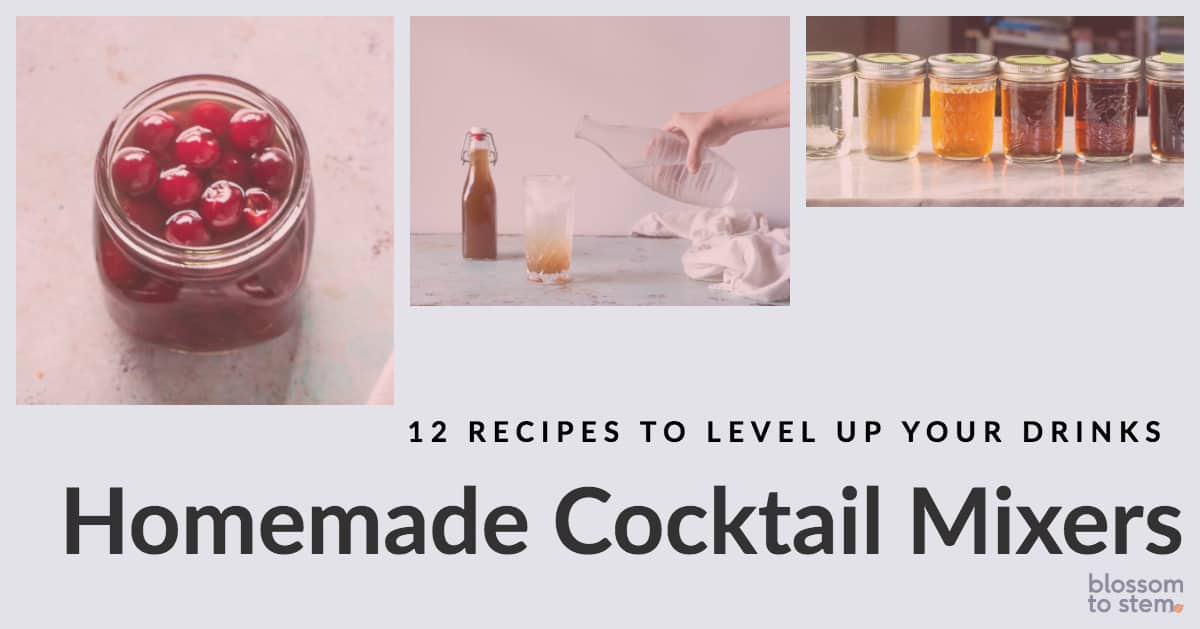 Stored in the refrigerator, this will keep for about a month.

Just made it, tried to follow exactly, but it is not cloudy like the picture. The taste lacks almond notes, tastes like simple syrup. I wonder what I did wrong.

The almond flavor is relatively subtle, but you can add a bit of almond extract if you're looking for a more punchy almond flavor.

What an awesome gift idea! I didn't realize this would be so easy to make. This sounds so good I can't wait to try it!

Spatula in My Pocket

Never heard of Orgeat before. Sounds amazinggg...will try it soon!

Thanks! Let me know how it turns out!

My wife is totally into this kind of ideas! Don't know if she heard of this! I hope not! Maybe something I could surprise her with :)

Thank you spelling out the pronunciation or I would have never got it :D Sounds like a lovely syrup to add to lattes and desserts!

You're welcome. It's not exactly intuitive in English.