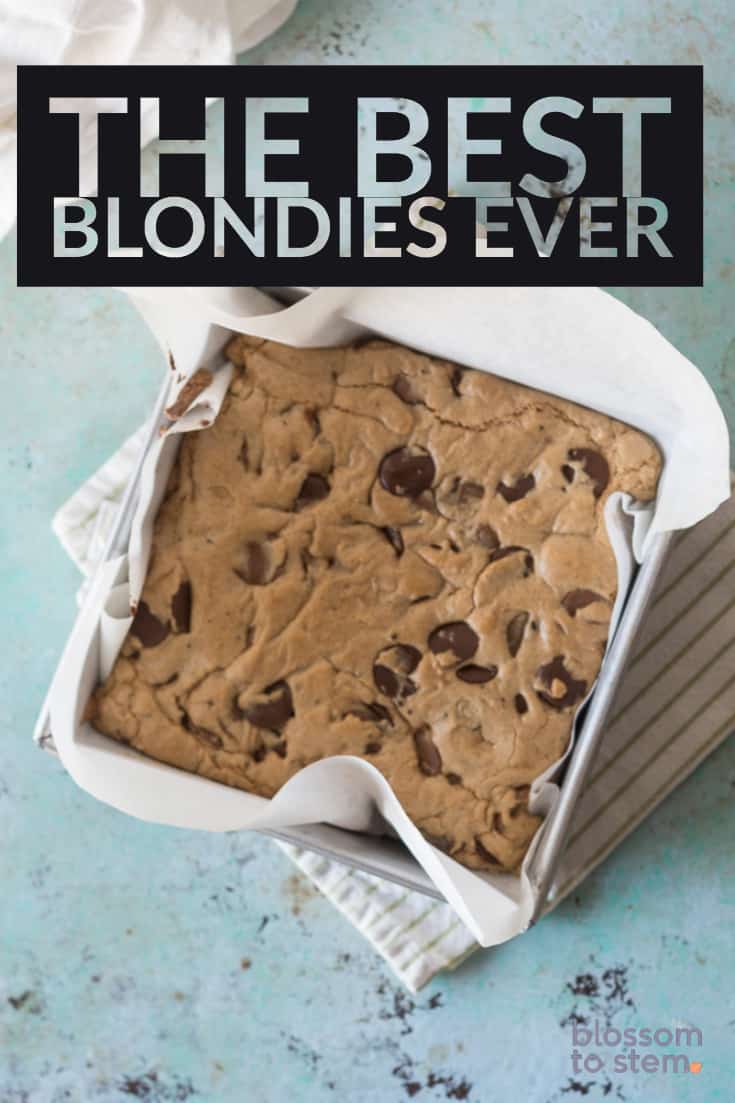 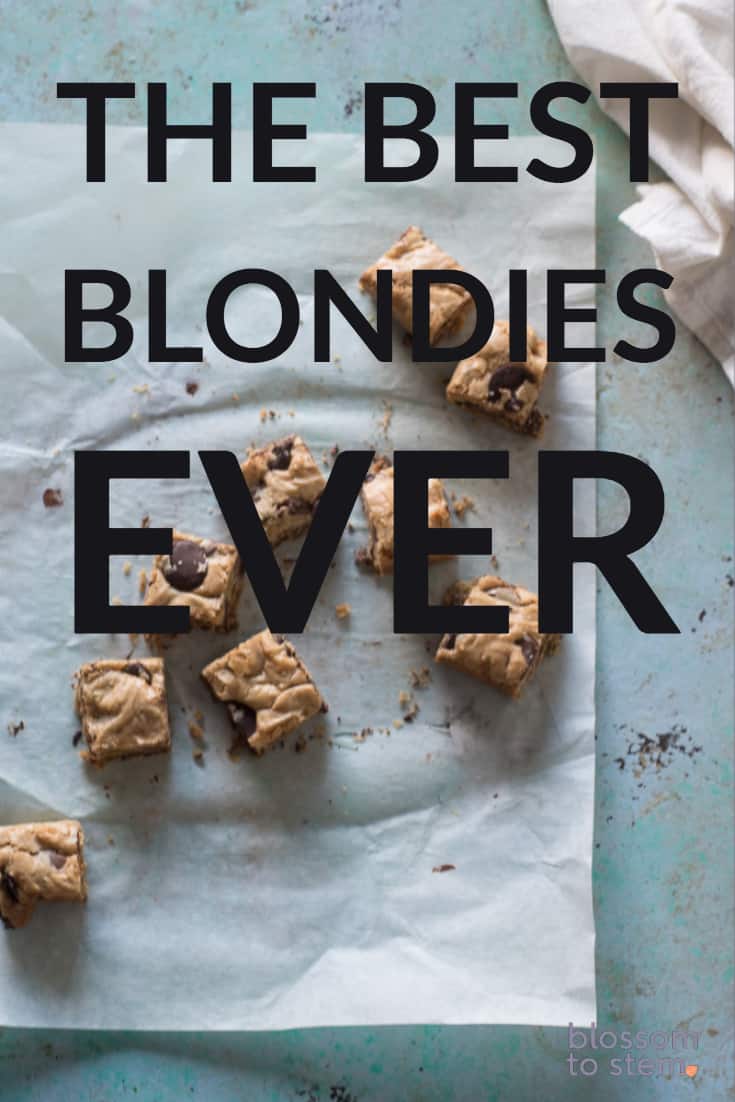 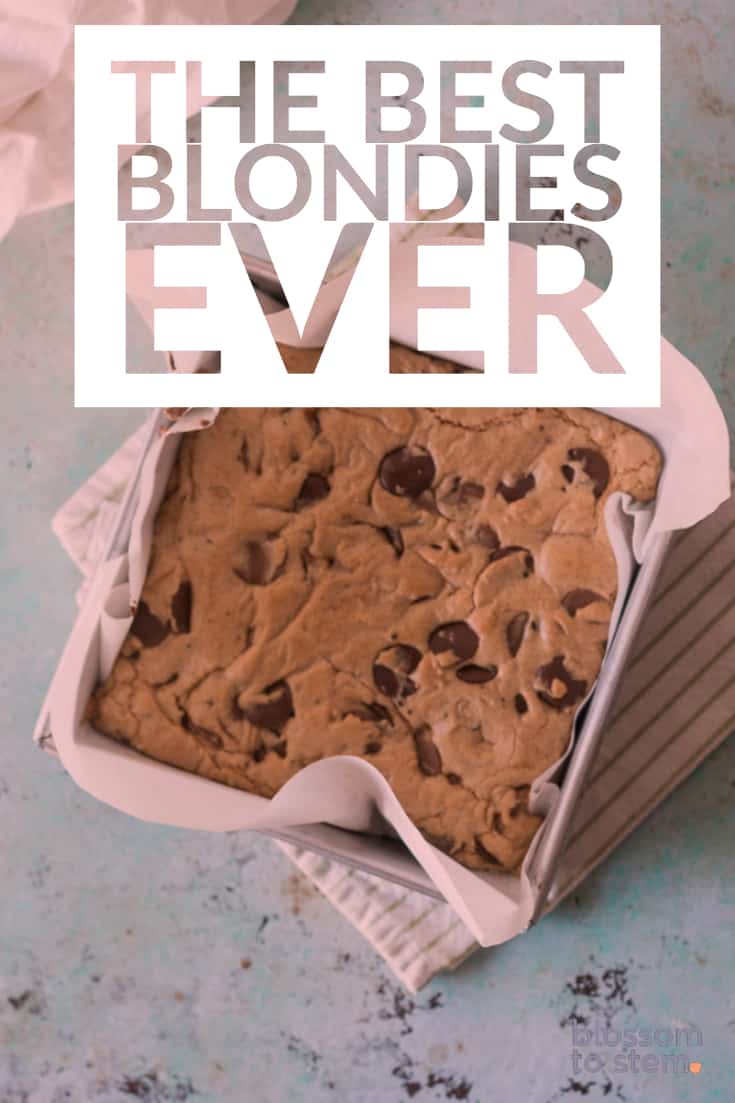 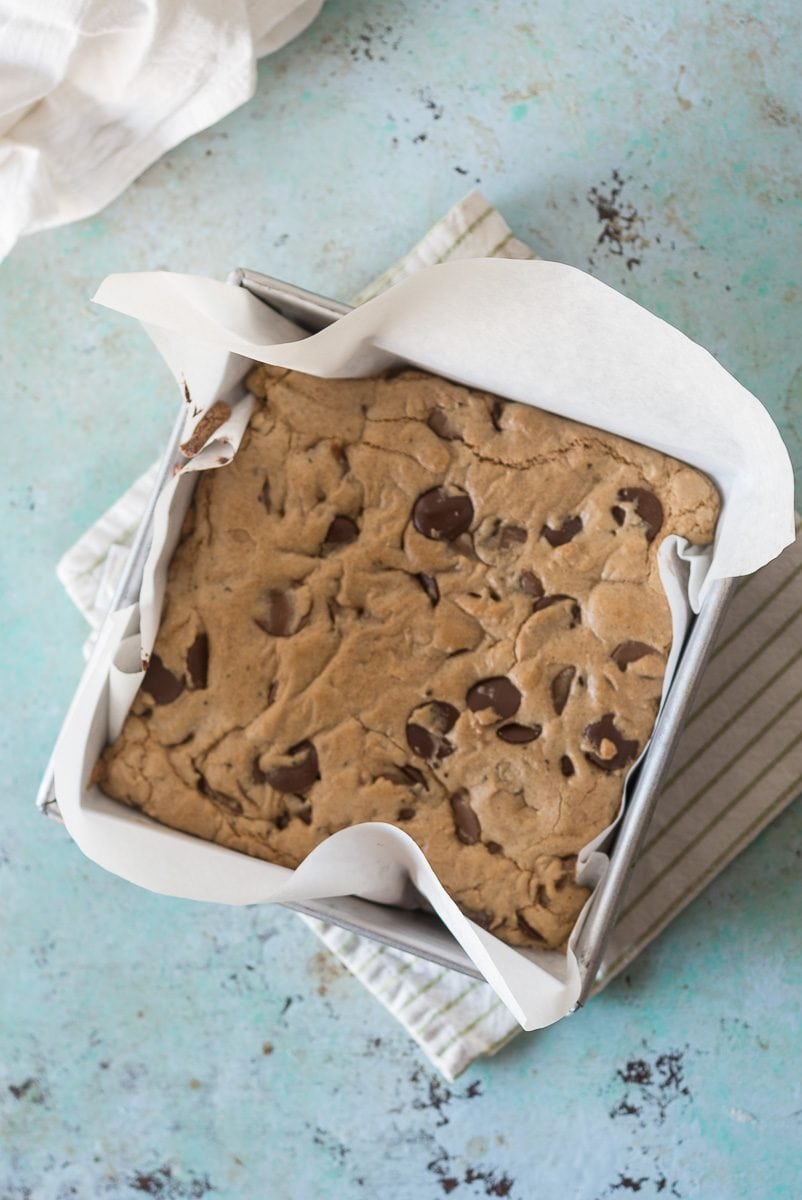 I’ve long dismissed blondies as a sort of lesser dessert.

They lacked the rich fudgy qualities of the best brownies, and they were never as flavorful or as texturally interesting as a good chocolate chip cookie.

Often, they could be kind of dry, a bit too thin, not soft enough to be cookie dough-gooey and not crisp enough to have a satisfying snap.

It isn’t that I would turn one down if you baked them for me, but, kind of like a brownie with walnuts in it, it wasn’t something I was going to make for myself.

But then I realized it didn’t have to be this way. A better blondie was possible.

First, you brown the butter. Then take some flavor inspiration from compost cookies with graham cracker crumbs for depth of flavor and some instant coffee to balance the sweetness. Then amp up the salt and the vanilla.

Then pack them with chocolate (ideally a mix of milk and dark, but whatever you like will work). Then bake them in a small pan to keep them thick and soft and chewy with a brownie-like texture.

And, well, I’m just going to call it now. These are the best blondies ever.

Hyperbole? Could be (there’s no accounting for taste, and, no, I haven’t tasted every blondie variation out there).

But I’m pretty sure that you’d be hard pressed to find someone who didn’t consider these, at the very least, damn fine blondies.

I’ve made them a few times now. Dan likes them better the second day, when the chocolate has re-solidified and the texture is firmer and more fudge-like.

But I also think they’re pretty special a couple of hours out of the oven, when they’ve cooled enough to slice but the chocolate is still a bit melty. I leave the choice on when to eat them to you. There’s no losing. 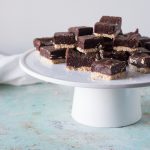 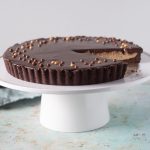 I loved these!!!! I just made them last night for dessert and was so happy with the way they turned out! Browning the butter really elevated the flavor. I think you could probably use less coffee, or skip it altogether. At first, I thought the coffee flavor might be too overwhelming, but I found that after the blondies "rested" overnight, it was less noticeable. I will definitely be making these again!

Carol, I'm so glad you liked them! Of course, you can adjust the amount of coffee or leave it out entirely if it's too much for you.

I made these yesterday for an impromptu dinner party. They were borderline obscene when still warm. Very gooey and sweet, delicious in an over-the-top way. The coffee flavor really comes through, and adds a nice complexity.

I like them even more in their solidified format. (And, uh, might have found that out by having a sliver of one with my breakfast this morning.) Either way, they're chocolatey to the point that "blondie" is a misnomer!

Erica, I'm so glad you liked them! I love how fudgy they get in their day-old firmed-up state too. And I won't lie, I've had slivers (or maybe slightly more than slivers) of them for breakfast too :)

What a delicious sounding take on Blondies! Sometimes the little extras you do make all the difference. Would be a fabulous dessert with vanilla icecream.

Thanks, Helen! You're so right about the little things making the difference--and they'd absolutely be wonderful with vanilla ice cream!

Yummmmm! This looks so good and I totally believe that these are the best ever. I must try these and I am thinking I must do it soon. Thanks for sharing!

Thanks, Luci! Let me know how they turn out!

Looks delish! I've got to have one of these.