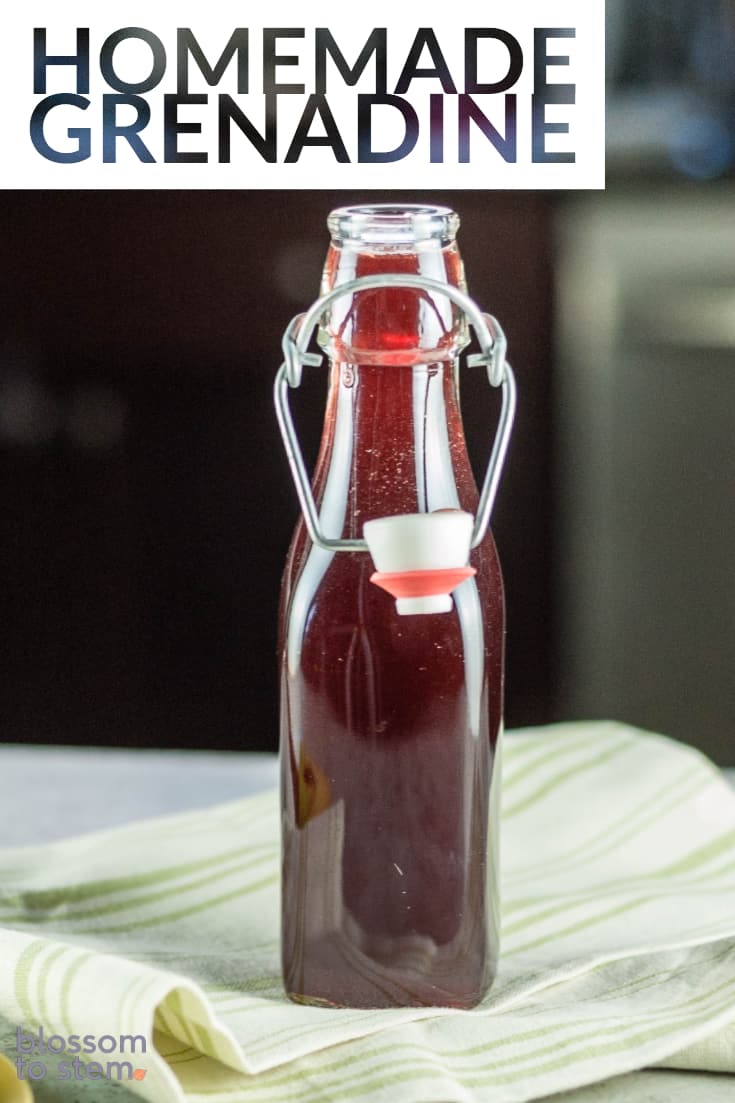 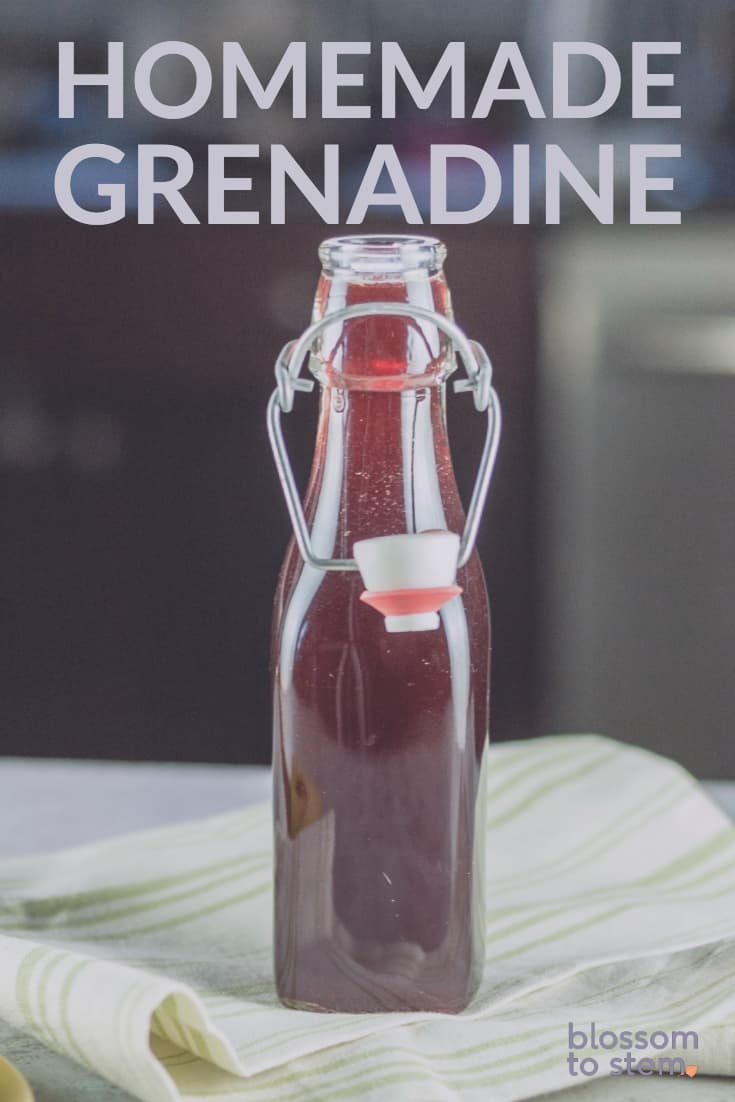 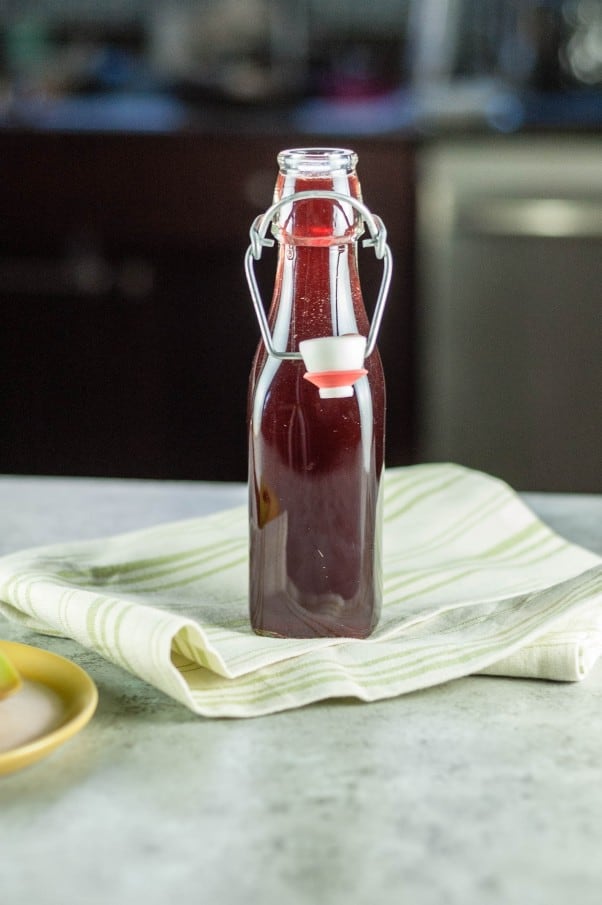 It wasn’t until a few years ago that I even knew what flavor grenadine was supposed to be. If I’d had to guess I might have gone with a hesitant cherry??? or whatever flavor the Michigan-made Faygo Red Pop I grew up with is supposed to be.

It would have taken me numerous wrong guesses before I would have thought of pomegranate.

If I knew more French or Spanish, in which the words for pomegranate are grenade and grenada, respectively, I might have guessed at the etymological clues.

To be honest, even though I drank my share of cloying Shirley Temples at wedding receptions as a kid, I never particularly liked grenadine and didn’t think much about it until I started exploring the world of craft cocktails.

Then I discovered that so many syrups and other cocktail ingredients could easily be made better than the high fructose corn syrup and artificial flavor and color concoctions you can buy in the “mixers” aisle at an average liquor store.

Jeffrey Morgenthaler (who tends to be right about these things) says that you can slice the fruit in half and squeeze it like an orange with a citrus press. (One fruit is supposed to yield about a cup of juice.)

But I’ll be honest that I’ve never actually bothered with that because I picture myself and my kitchen covered with bright garnet-colored splatter that I just don’t wanna clean up.

I just buy 100% pomegranate juice (such as Pom Wonderful) that’s in the refrigerated section of my grocery store. It should be pretty easy to find. Then all you need to do is combine equal parts pomegranate juice and sugar and stir over low heat until the sugar dissolves.

(You could also make this with a cold process, which involves shaking the juice and sugar together for about ten minutes until combined. This would retain the fresh fruit flavor, but not so much the freshness of your shoulder tendons. If you are young, ambitious, and unfamiliar with joint pain, go ahead and give it a try…)

If you want to get fancy, and I tend to, you can add a little pomegranate molasses, which is a thick syrupy concentrated Middle Eastern pomegranate sauce, for extra pomegranate flavor.

You could also add a tiny splash of orange blossom water for some aromatic floral notes.  I find both of these at the Middle Eastern Bakery and Grocery in my neighborhood, but they’re available online as well.

If you want to keep it around for more than a few weeks, it’s a good idea to add a splash of vodka or gin, which will act as a preservative and keep it fresh in the refrigerator for over a month.

And really, that’s all there is to it. You can be making better Shirley Temples and Jack Roses and a world of tiki drinks and  grenadine sodas in no time.

There is something confusing about this recipe. 8 ounces of sugar, whether by volume or weight, is nowhere close to the stated 425 grams. 425 grams is almost 16 ounces. I'm going to have to cross-check your otherwise intriguing recipe against other Grenadine Syrup recipes.

You're right--there's an error. Should be 200 grams of sugar. I'll correct it.

I came upon your recipe after looking at the ingredients for Grenadine at a liquor store. I was not pleased with any of them. One famous brand has no pomegranate at all!

Tina Dawson | Love is in my Tummy

Take comfort in the fact that I just learnt from you what Grenadines were!!!! Who'd have thunk? Hmm... GORGEOUS pictures btw!!!! LOVE this, and can't wait to try it myself!

I never thought to make my own syrup for cocktails. This is so much healthier than the artificial grenadine.