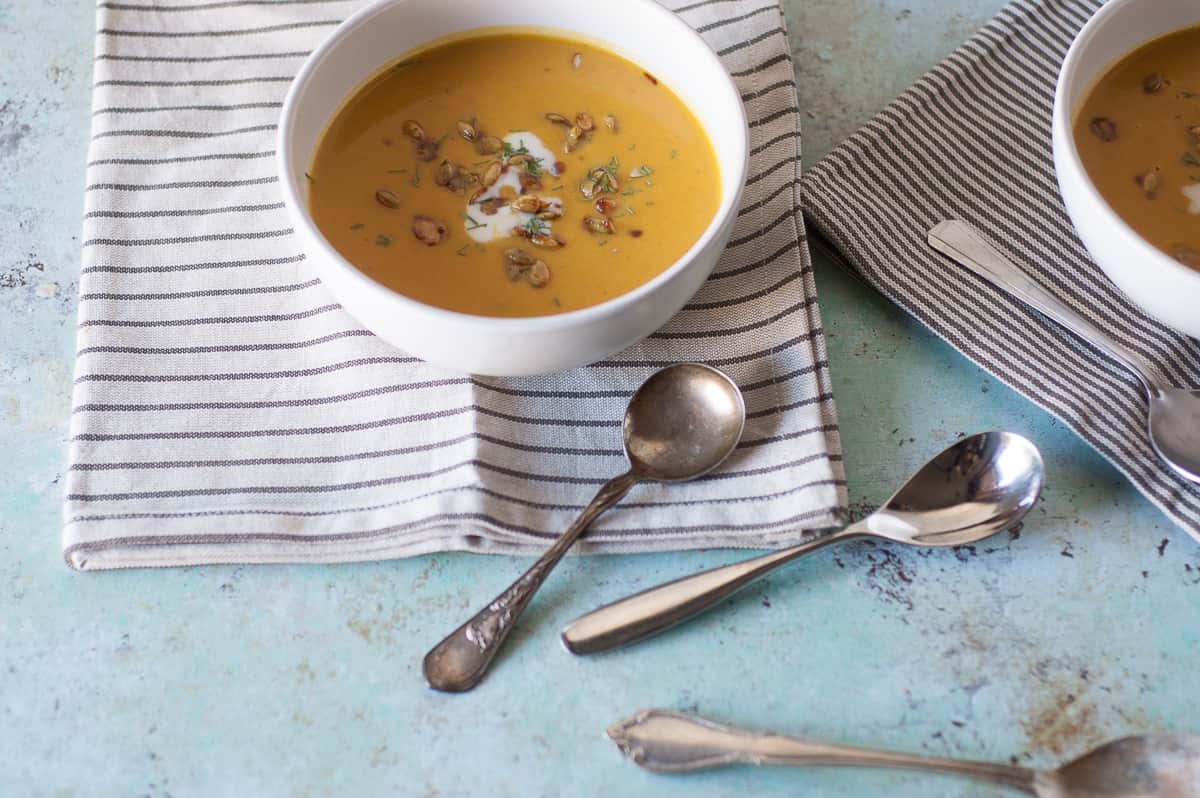 Most Wednesdays during the growing season I go to the Green City Market in Lincoln Park. It is, of course, where I shop for fruits and vegetables. But I also like to go to the free chef demonstrations that the market hosts.

Because these take place on Wednesday mornings, the crowd tends to be mostly retirees, a few people with babies or young children, and, uh, me. Being neither a retiree nor a parent, I sometimes feel conspicuously out of place.

But I stick around because I get free food from awesome chefs, and I get to watch them in action, observe their knife skills, get a sense of their approach to cooking, and pick up kitchen hacks along the way.

Because these take place in the great outdoors under a flimsy tent with a couple of folding tables and a couple of gas camp stoves as the only source of heat in Chicago’s notoriously unpredictable weather, it’s sometimes an object lesson in frustration.

A few weeks ago when Cameron Grant from Osteria Langhe was doing a demonstration, the wind kept blowing out the flame on the stove, almost ruining the risotto (luckily, Chef Grant was able to get enough flame to save it).

Some chefs who have done plenty of these demonstrations, like Andrew Zimmerman (whose cucumber kimchi I recently shared), have said they won’t do anything that requires actual cooking at these things anymore, opting instead for salads and similar no-heat sorts of dishes, because it’s not worth the hassle.

But I always look forward to demonstrations from caterers. They always, always nail these demos because creating beautiful food for lots of people in just about any setting is in their wheelhouse.

While most of the restaurant chefs are sort of winging it on the serving side, bringing out a stack of paper plates and figuring out tasting portions as they go, the caterers tend to come with serving staff equipped with trays, beautiful disposable dishes and flatware.

And they’ll even come around and take away the trash for you instead of leaving you to find the compost/recycling/garbage station at the other side of the market.

I’ve come to appreciate that it takes a special skill set to be able to pull that off.

It’s one thing to cook in the comfort of your own home, even for a big party, and another thing to be able to figure how to prepare and transport beautiful and delicious food to work in a place that doesn’t have a proper kitchen on site.

Honestly, the logistics are pretty mind-blowing.

Today’s roasted heirloom squash and tart apple soup is adapted from one of those caterer’s, Chef Molly Brewe of Limelight Catering. After I tasted it at her demonstration, I couldn’t get it out of my mind.

It’s a great autumnal soup that balances the sweetness of heirloom squash with the tartness and acidity of apples. It works with just about any hard winter squash–butternut, Kabocha, acorn, delicata, carnival.

I used one of my all-time favorites, red kuri squash, in this, but you can use whatever squash you like.

The apples should be something on the tart side. I used empires, but any tart apples will work (avoid the sweeter varieties like golden delicious or macintosh for this or the soup will be too sweet).

It’s a smooth soup with a velvety texture. And while it has a moderate amount of half and half included to round out the flavors, it doesn’t feel at all like you’re eating a bowl of heavy cream.

I’m sure you could get away with whole milk or an unsweetened nondairy milk (coconut milk would be my first choice) or even leave it out altogether if you wanted to.

It gets topped with a dollop of tangy creme fraiche, crunchy spicy maple pepitas, and bright green chives for added textures, flavors, and visual interest.

It’s lovely, balanced, and perfectly autumnal. Exactly the sort of thing I want to eat when the weather turns crisp.

For the spicy maple pepitas: 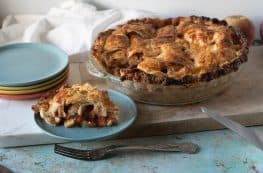 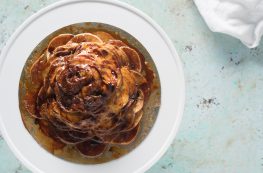