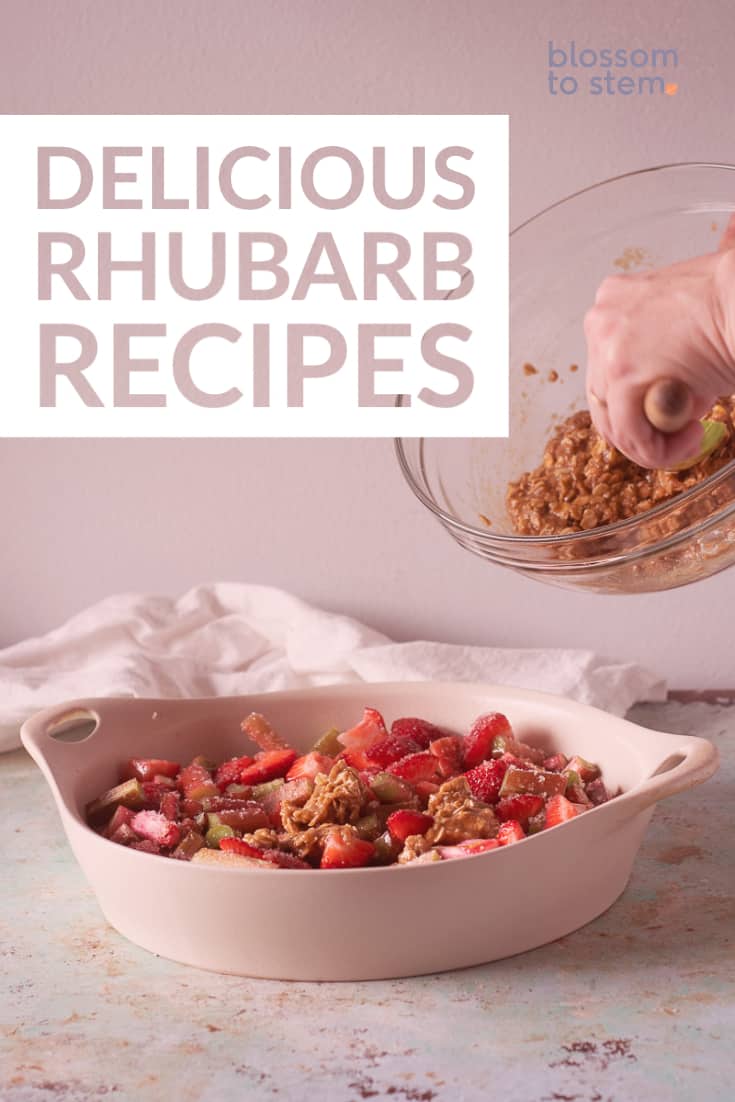 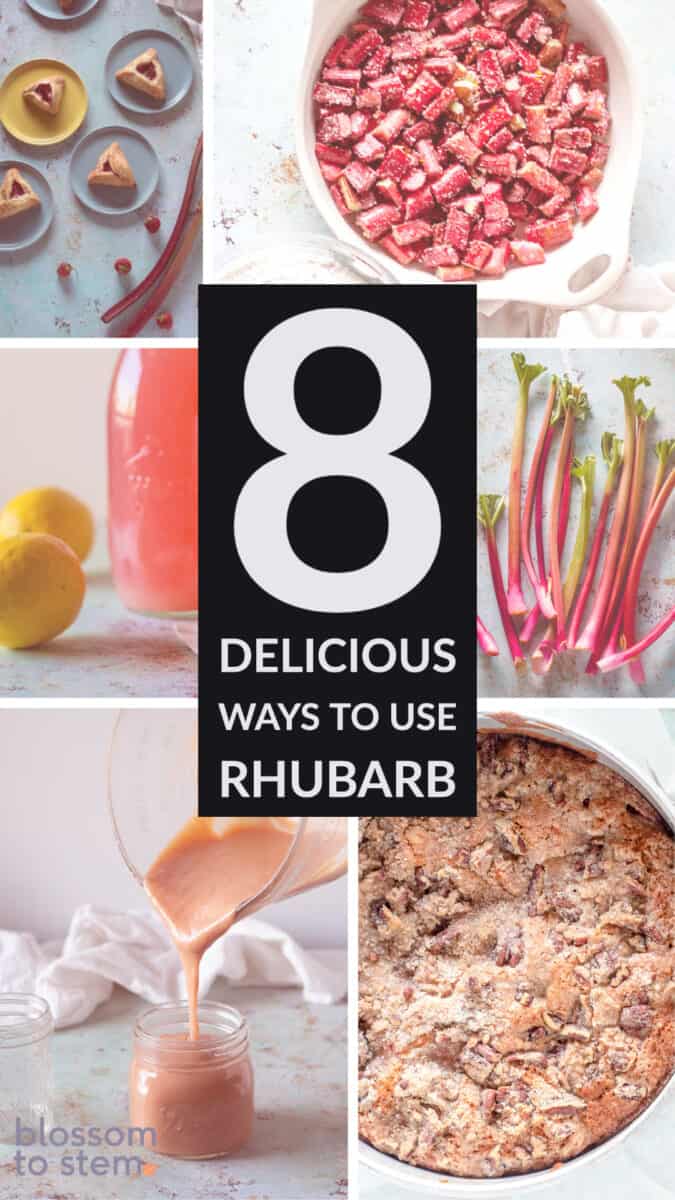 We tend to treat it like a fruit, but botanically, it’s a vegetable.

The leaves have a reputation for being toxic because of their oxalic acid, which can interfere with the essential minerals like iron, magnesium, and calcium. But spinach has more oxalic acid than rhubarb leaves do, and it’s still considered a health food.

You’d have to consume several pounds of rhubarb leaves to reach toxic levels of oxalic acid, so you probably don’t need to worry about it.

Still, for most cooking, we use the pink stalks, which are technically called petioles (like celery).

And if you have a rhubarb plant, you know they’re rugged survivors that can make it through harsh winters and general neglect and keep on growing.

Rhubarb is remarkably sour, and has wonderful fruity notes that survive cooking and stand up to copious amounts of sugar, which make it a great candidate for crisps, crumbles, turnovers, cakes, and pies.

You can also plunge raw stalks of rhubarb into sugar for a kind of natural sour candy experience.

But rhubarb can also work well in savory applications, like pickled rhubarb.

This collection contains some of my favorite rhubarb recipes. Most are simple baking projects, but the rhubarb pink lemonade, the rhubarb curd, and the pickled rhubarb round out the more standard fare. 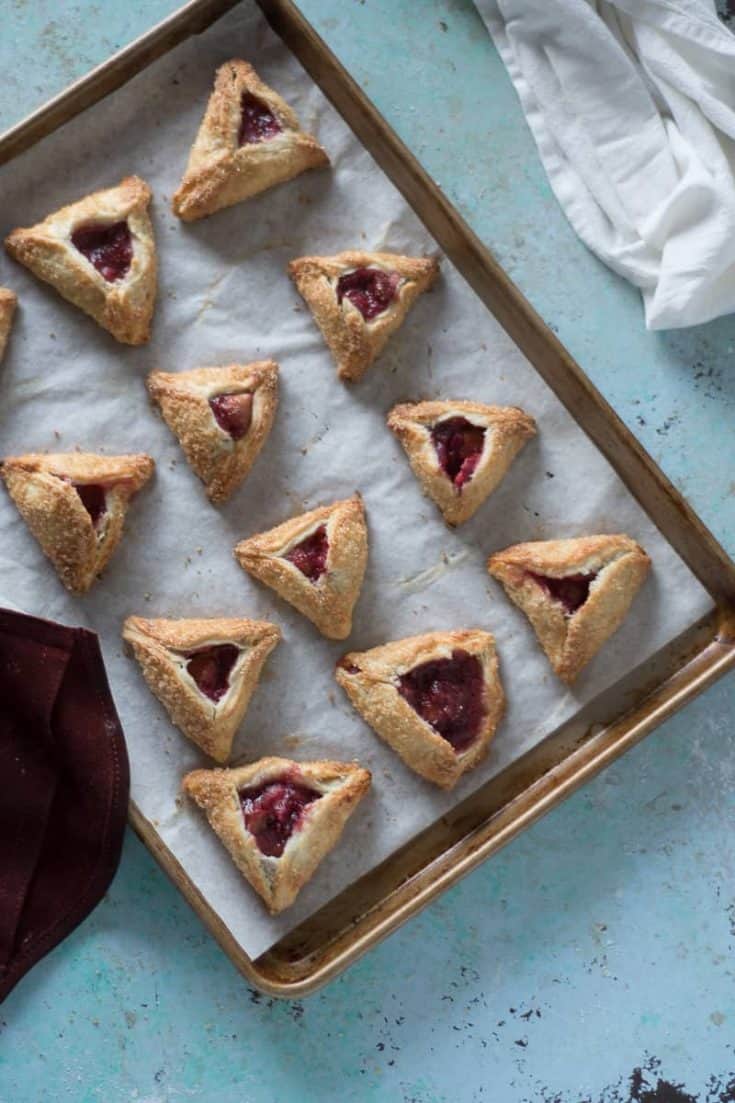 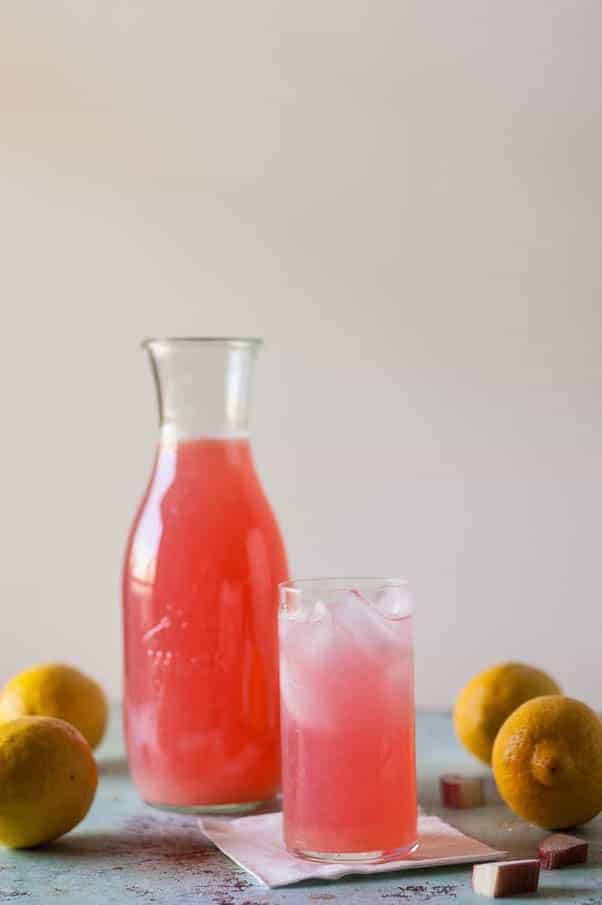 This rhubarb lemonade is simple to make with a few stalks of rhubarb and about a half a dozen lemons. Sweet, tart and refreshing! 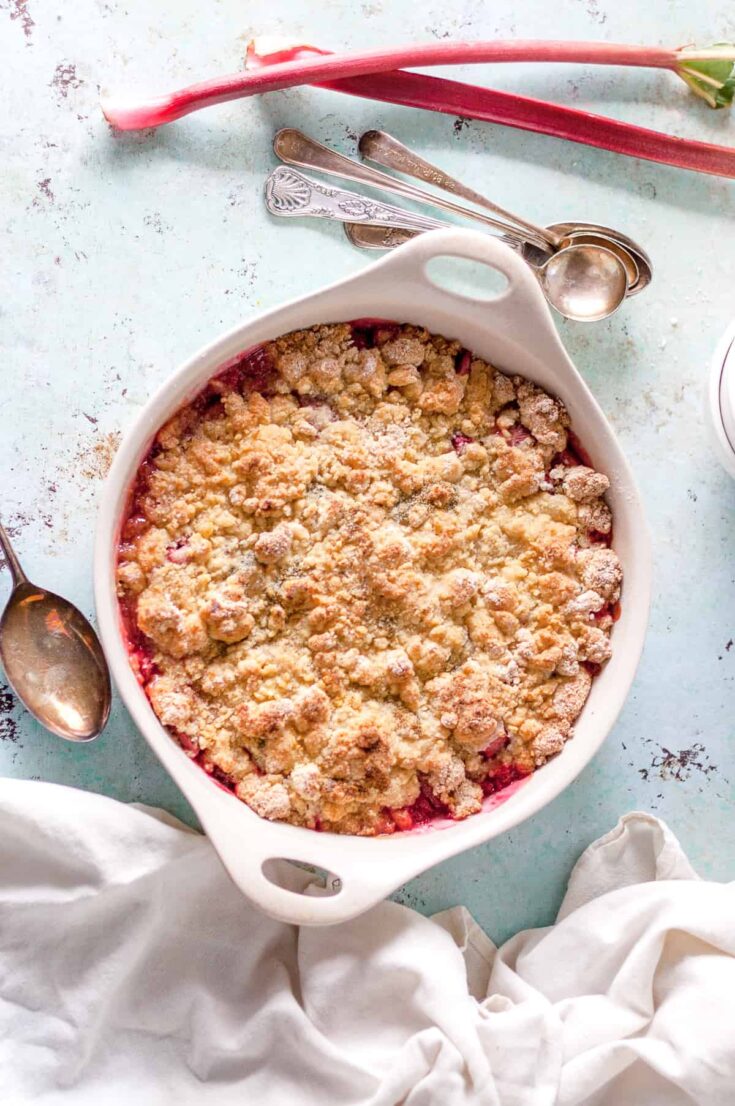 This crumble comes together in minutes. The rhubarb gets tossed with sugar and orange zest and topped with a craggy vanilla bean-scented brown butter lid. 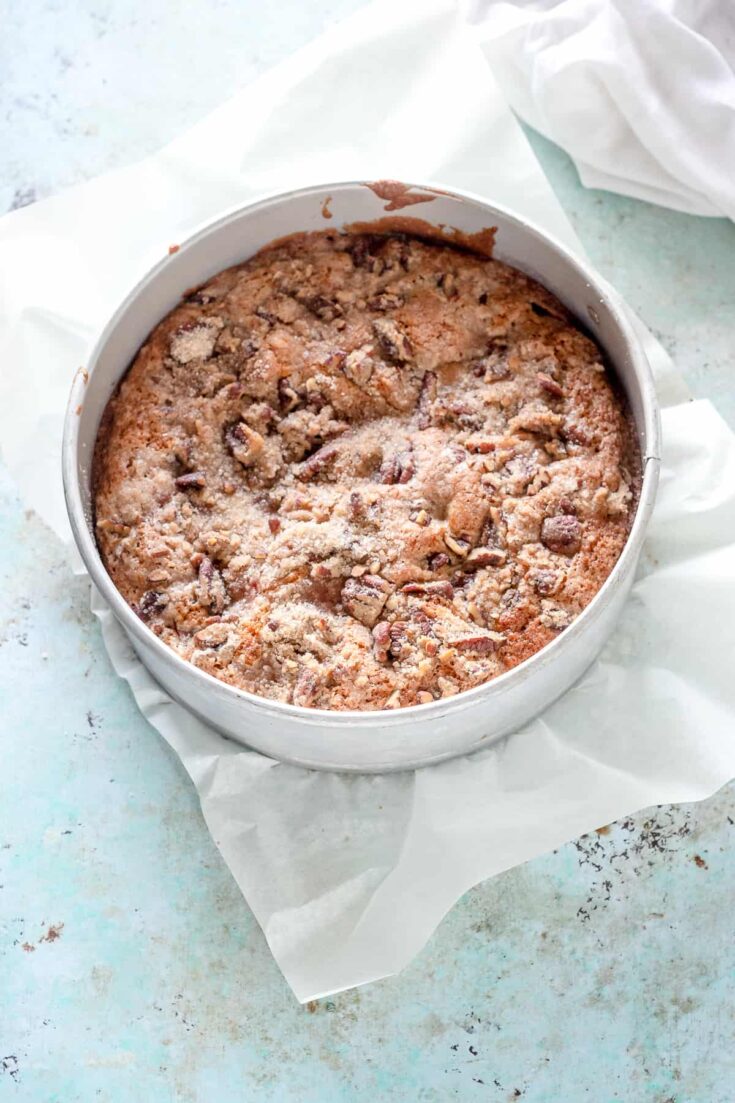 This buckle is a rustic fruit-laden cake with a golden exterior and an almost custardy interior.

The buttermilk helps to tenderized the crumb and adds a tangy note to balance the sweetness of the cake. You can take the extra step of browning the butter when you melt it to add more depth of flavor.

You can adjust the fruit to what you have available. An all rhubarb or all strawberry buckle would be lovely.

The mix of cinnamon, coriander, and ground ginger is particularly nice with the strawberries and rhubarb.

I use pecans in the streusel here, but sliced almonds would also be delicious. 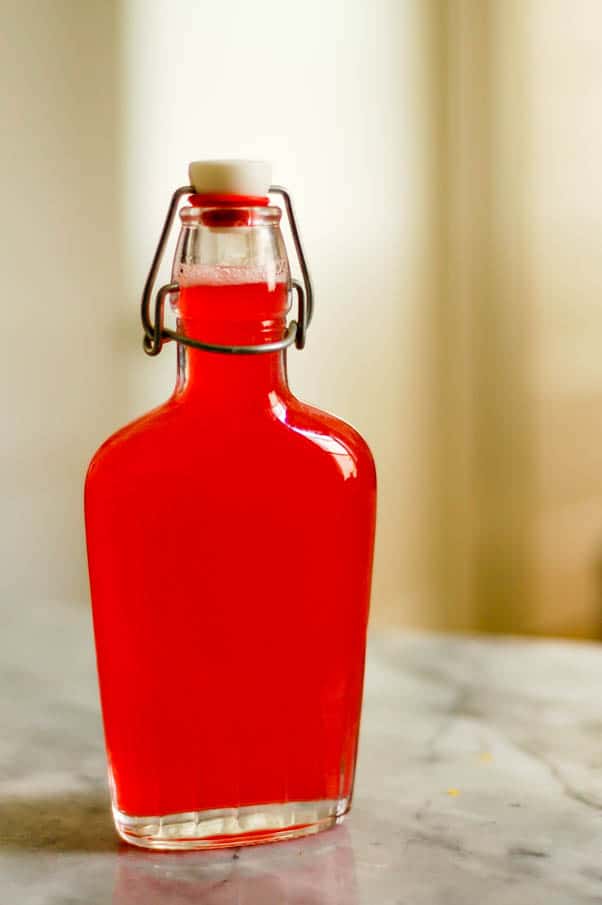 A bright pink syrup that's great in cocktails and as the base of a homemade soda. 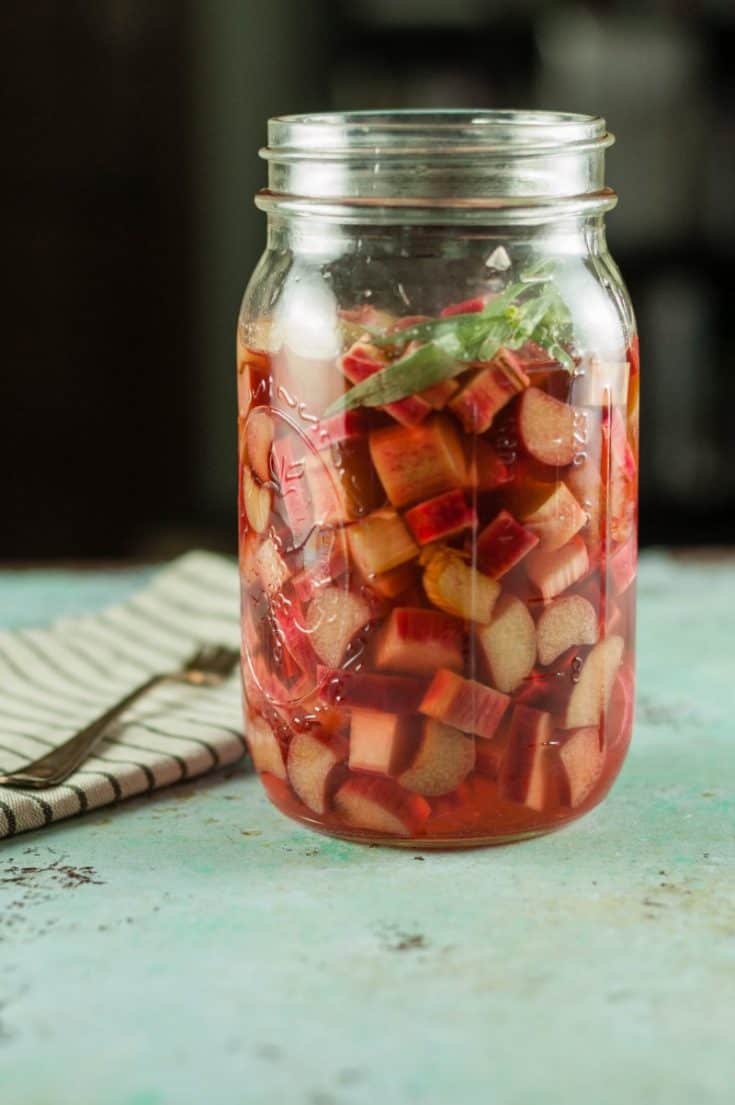 These are simple refrigerator pickles that only take a few minutes of active time to make. They’re tart, crunchy, and savory. 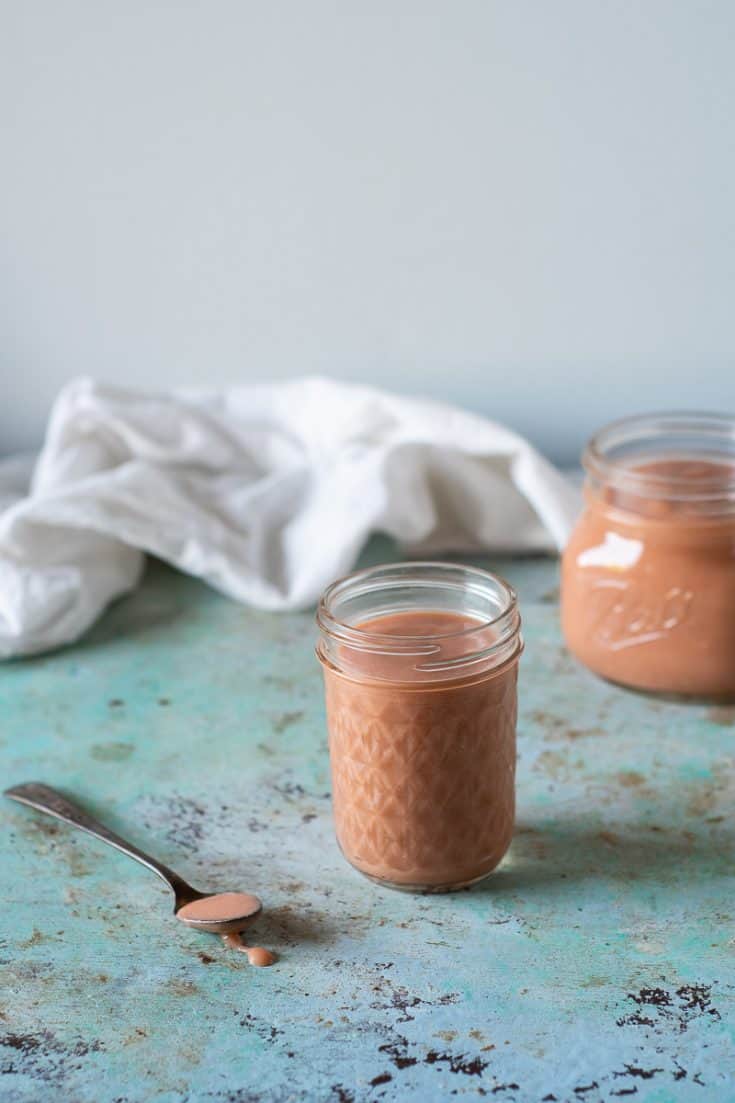 This rhubarb curd is a smoother, subtler take on rhubarb with the fibrous parts smoothed out and the sourness tamed. It's a great way to use frozen rhubarb as well, you have some stashed away there. Be sure to let the puree cool until it's no more than slightly warm to the touch before adding the eggs to it. You can make the puree a few days ahead of time and store it in the refrigerator until you're ready to proceed with making the rest of the curd. 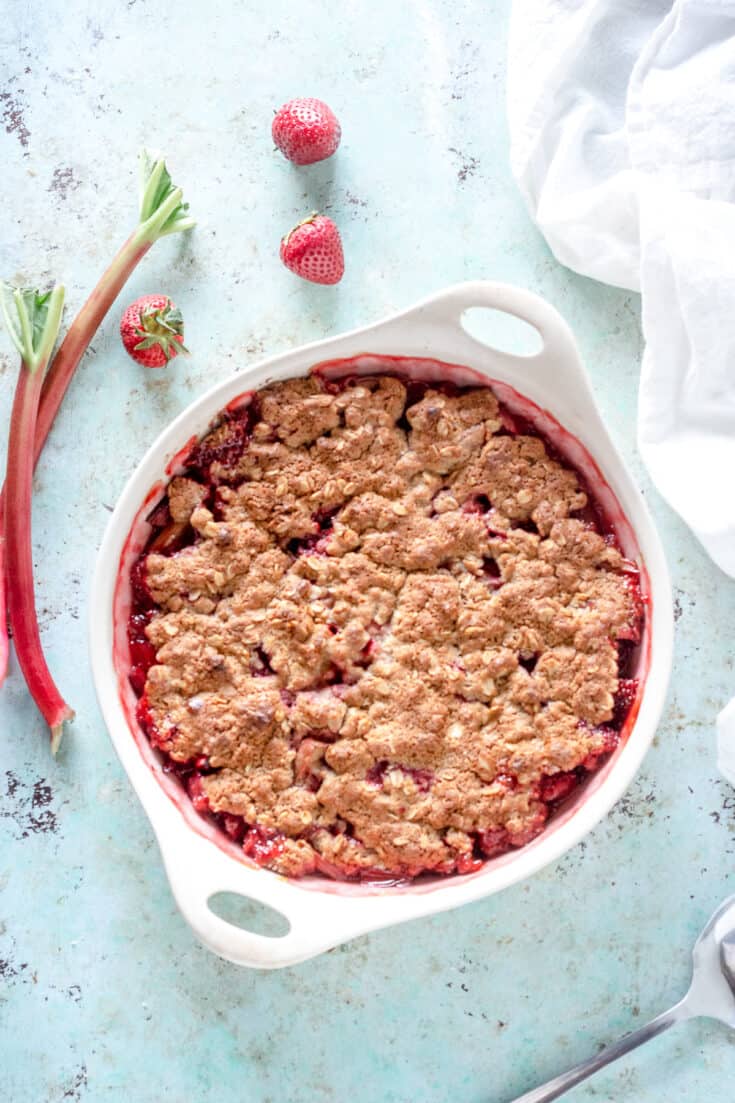 This strawberry rhubarb crisp is made with a mix of oat flour and old fashioned rolled oats. It's 100% whole grain and gluten free. (If you're making this for someone intolerant to gluten, be sure to look for certified gluten-free oats and oat flour because oats are often processed in facilities that also process wheat and can be cross contaminated.) The topping comes together in a few minutes. I sometimes like to take the extra step of browning the butter when melting it, but I leave that entirely up to you. I like the mixture of strawberries and rhubarb, but you could absolutely make this entirely with rhubarb with no other adjustments to the recipe.