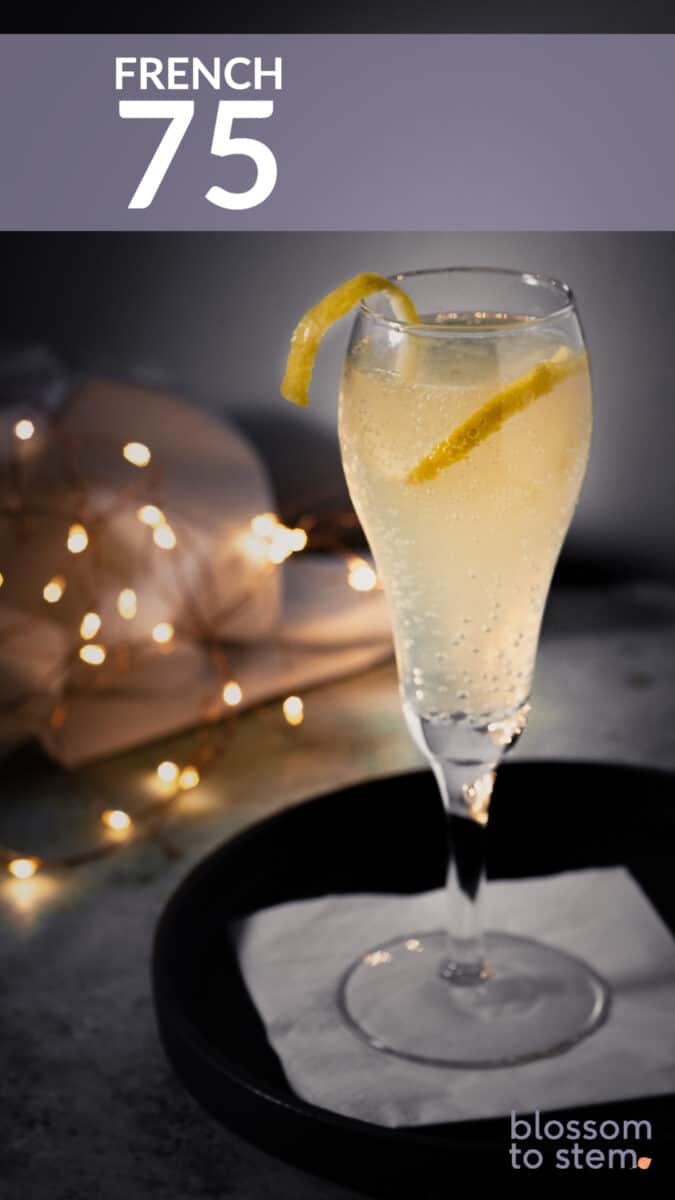 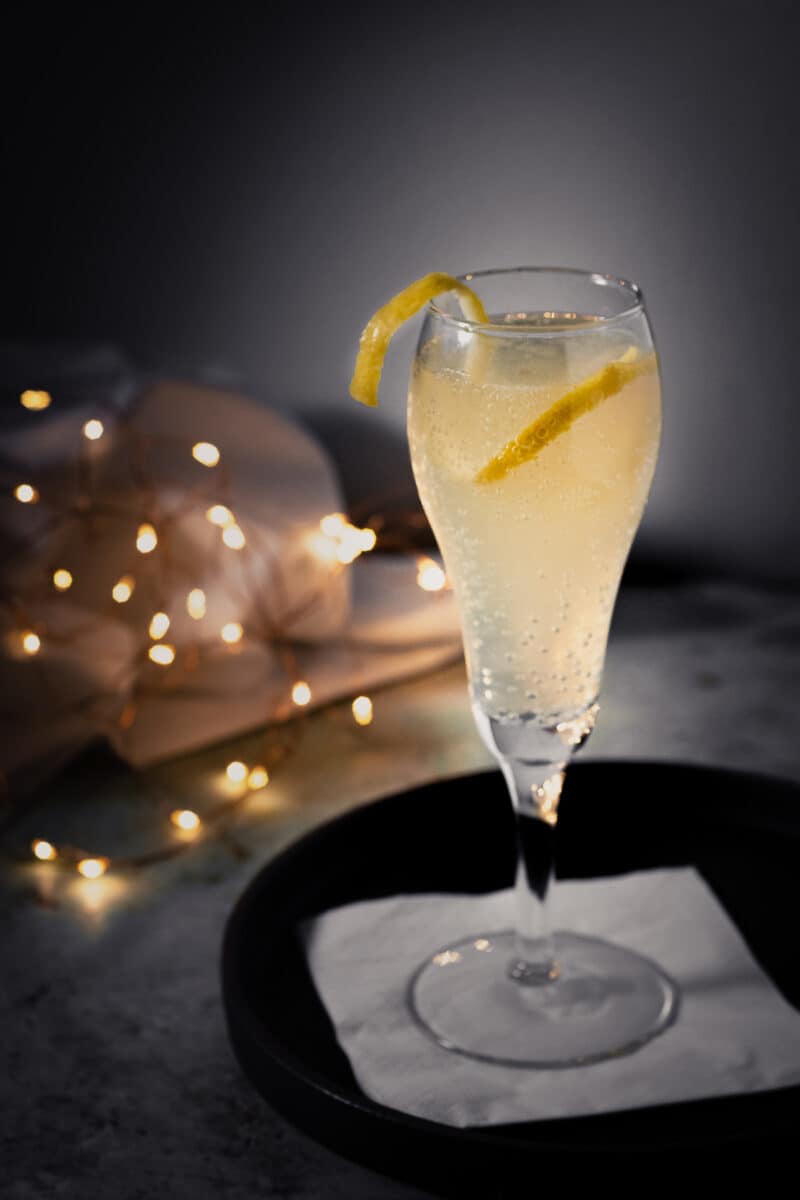 Ah, let’s get to it. The French 75: the third most well-known Champagne cocktail after the Mimosa and the Bellini.

But to me, it far surpasses those other drinks, in part because it’s fortified with some harder stuff. Whether that hard stuff should be gin or cognac is a matter of debate.

It’s a classic cocktail that first appeared in print in the middle of Prohibition in a booklet called “Here’s How” (while the booklet is difficult to track down, you can find excerpts from it on the internet, including the original French 75 recipe).

That version included “Gordon water” (meaning gin), lemon juice, powdered sugar (meaning granulated), cracked ice, and Champagne and jokes that this drink is what really won World War I for the Allies.

The joke certainly plays on the fact that the drink is named for a piece of quick-firing field artillery called the French 75 or simply 75 (Soixante-Quinze in French) used by the French and Allies in the war.

(If you’re looking for cocktails named for weapons, see also the Revolver.)

While the gun may have been the first modern piece of field artillery, the drink was the only classic cocktail to make its debut in the United States during Prohibition. (Even if other classics, like the Boulevardier, were born abroad during the same period.)

The drink appeared again in 1930 in the Savoy Cocktail Book, again with gin, but was popping up with cognac in recipes by the end of that decade.

It’s unclear exactly how the same drink ended up with two different base spirits.

Unlike, say the Sazerac which switched from being cognac-based cocktail to being a rye-based cocktail because a wine blight in France made cognac hard to come by for a while, there’s no obvious sourcing problem with gin or cognac in the 1930s.

The most likely explanation is that people were already drinking both versions of the drink, combinations of lemon juice, sugar, spirits, and Champagne long before the drink was known as the French 75.

In my surveying of more recent literature and bar menus, I find the drink made with gin more often the cognac. It’s what I used in the drink pictured here.

The gin version is dryer, the cognac richer and sweeter.

I prefer the gin version if it’s going to be an aperitif or a brunch drink, but the cognac makes a nice after dinner drink.

The modern version hardly strays from the version that appeared in 1927. But many bartenders use simple syrup in place of the sugar so there’s no risk of undissolved granules. The proportions vary a bit.

It’s a drink you could probably eyeball and still have it taste good, which makes it nice for casual gatherings in addition to more glittery Champagne-worthy celebrations.