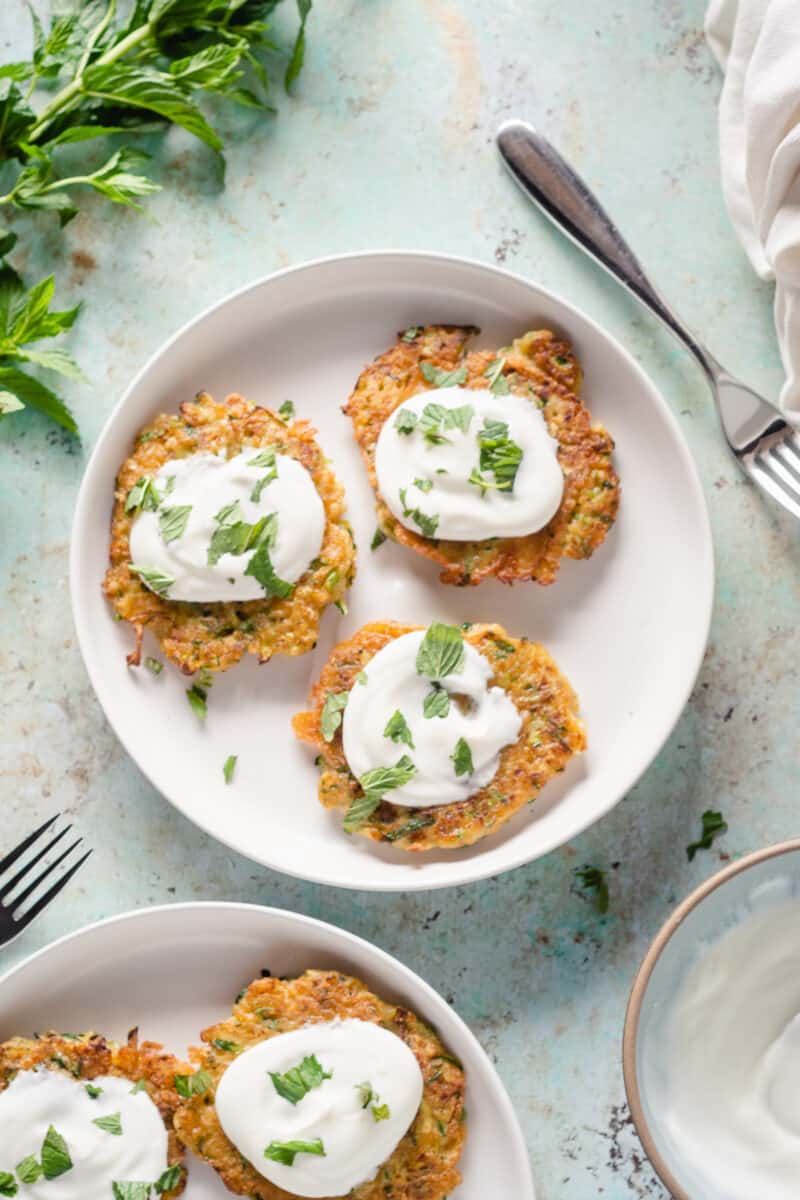 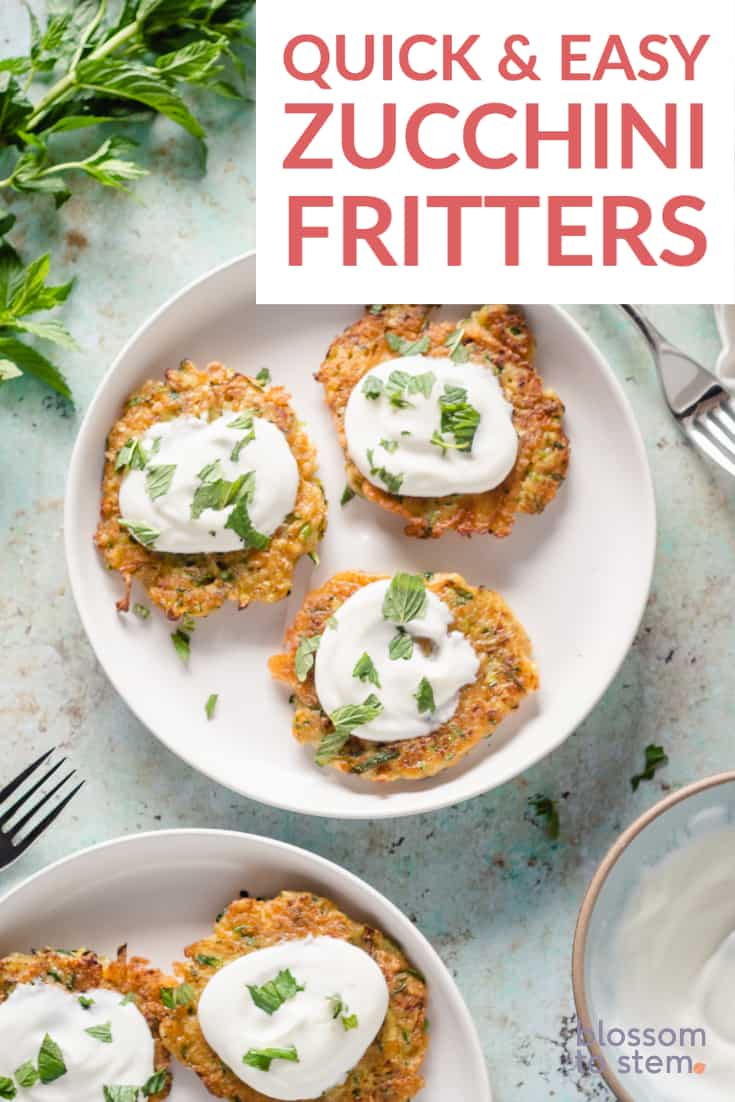 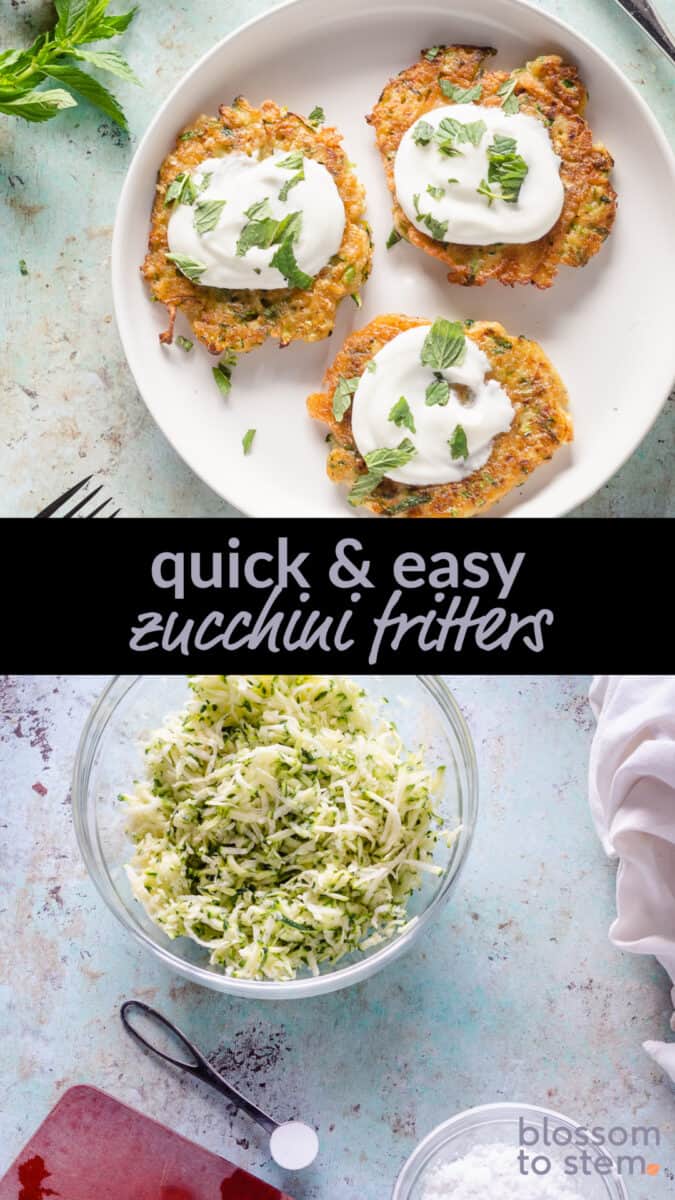 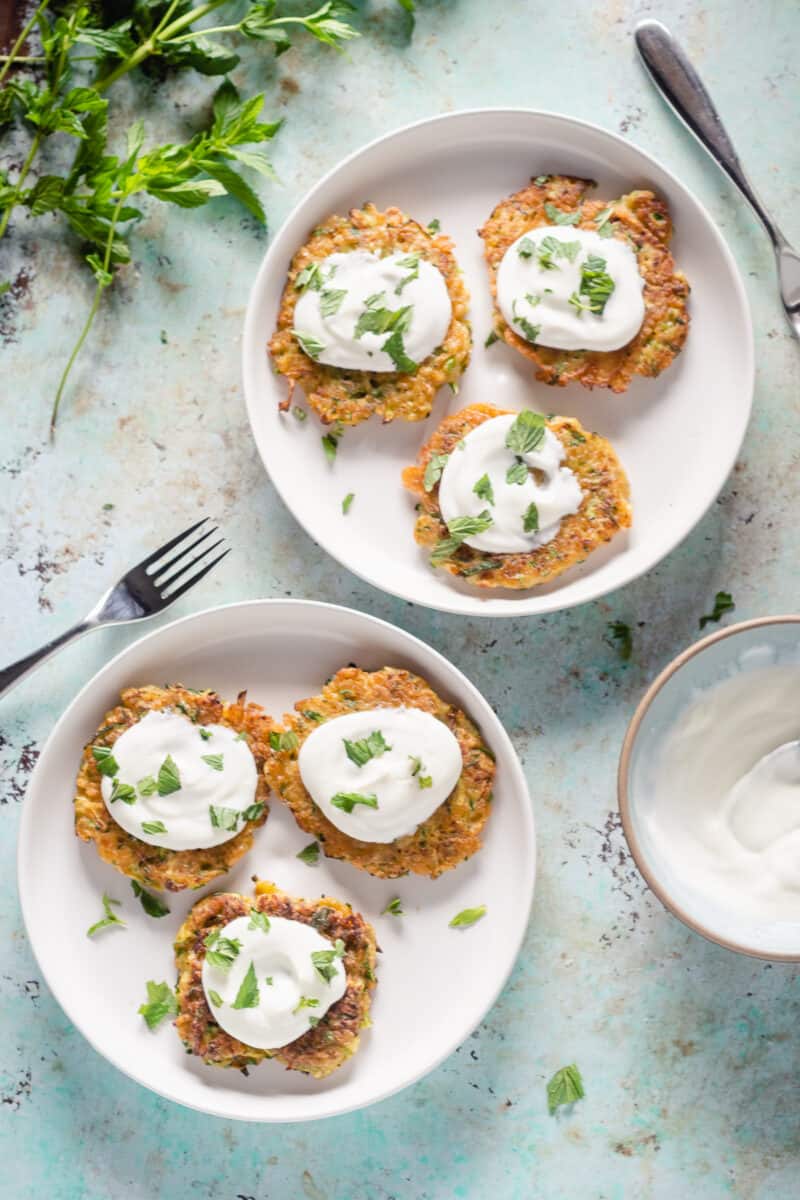 People often ask me how often my cooking experiments fail. And I have to be honest—not often.

But there have been a few notable exceptions.

There were some very old dried chickpeas that refused to soften even after several hours of cooking that made me toss a chickpea stew.

There was a cauliflower curry thing that I managed to make so spicy that it became inedible.

There were the croissants proofing in the refrigerator that were ruined when a jar of roasted red peppers on the shelf above got knocked over and leaked all over them. (I remade those. They were for company.)

And then, my friends, there were the zucchini fritters.

In the annals of cooking-that-got-tossed in our household, they hold the top spot.

They were a pain to make. They never held together. They were somehow both too wet and too dry. Their flavor was overwhelmed by a combination of fresh marjoram and sage.

Everything about them was bad and wrong.

And they’ve become shorthand around here for what we don’t want for dinner.

But that was a long time ago, and in the intervening years I’ve learned a few things about cooking. I’ve even come around on other vegetable fritters (like these curried sweet potato latkes.)

These ones are crisp and light and simple and delicious.

There are a few tricks to getting them right.

The most important one is to squeeze out as much moisture as you can from the shredded zucchini.

I like to gather them up in a clean tea towel and just really give them a good squeeze to wring out as much of that pale green liquid as they’ll give up.

The other trick I like for these is using potato starch instead of all-purpose flour. I find it helps to bind them together better and makes them crisp up just beautifully. It also happens to make them gluten free.

(You can make these successfully with flour if you prefer, but I like them better with potato starch.)

These get some thinly sliced scallions and a pinch of smoked paprika for flavor.

You can absolutely switch up the spice profile or add some fresh herbs, but keep them finely chopped and don’t go adding big handfuls of them or the fritters may not hold together.

Lastly, I think they come out best when cooked in a cast iron pan. It isn’t strictly necessary, and not having one shouldn’t stop you from making them, but cast iron seems to give them an extra little bit of golden brown-ness and crispness that I find ever so slightly lacking in other cooking surfaces. (Or maybe it’s just a sort of superstitious confirmation bias.)

They don’t need much adornment, but a bit of Greek yogurt with a squeeze of lemon juice is welcome along with a smattering of fresh herbs. Some fresh ricotta or sour cream would also be good.

You could top them with some sliced avocado and tomatoes and a generous sprinkle of salt if you wanted to avoid dairy.

They’d be delightful topped with a fried or poached egg.

But however you top them, you’ll be glad you made them.

The zucchini fritter is finally redeemed.

Can be made ahead of time and frozen. Reheat in a 350°F oven for about 15 minutes or until crisp.

These zucchini fritters were so delicious! We enjoyed them for lunch today.

These were super easy to make and turned out great! Love the addition of using potato starch instead of all purpose flour - it gave the fritters an added depth of flavor and texture!

These were delicious. And it was such a great way to use up some of our garden's zucchini! There's been an abundance, so I think I'll be making this recipe a lot over the next couple of weeks. Yum!

Zucchini fritters are THE BOMB and now I have such a super simple recipe to make them! Thanks for sharing such an easy recipe. Love the addition of paprika for extra flavour!