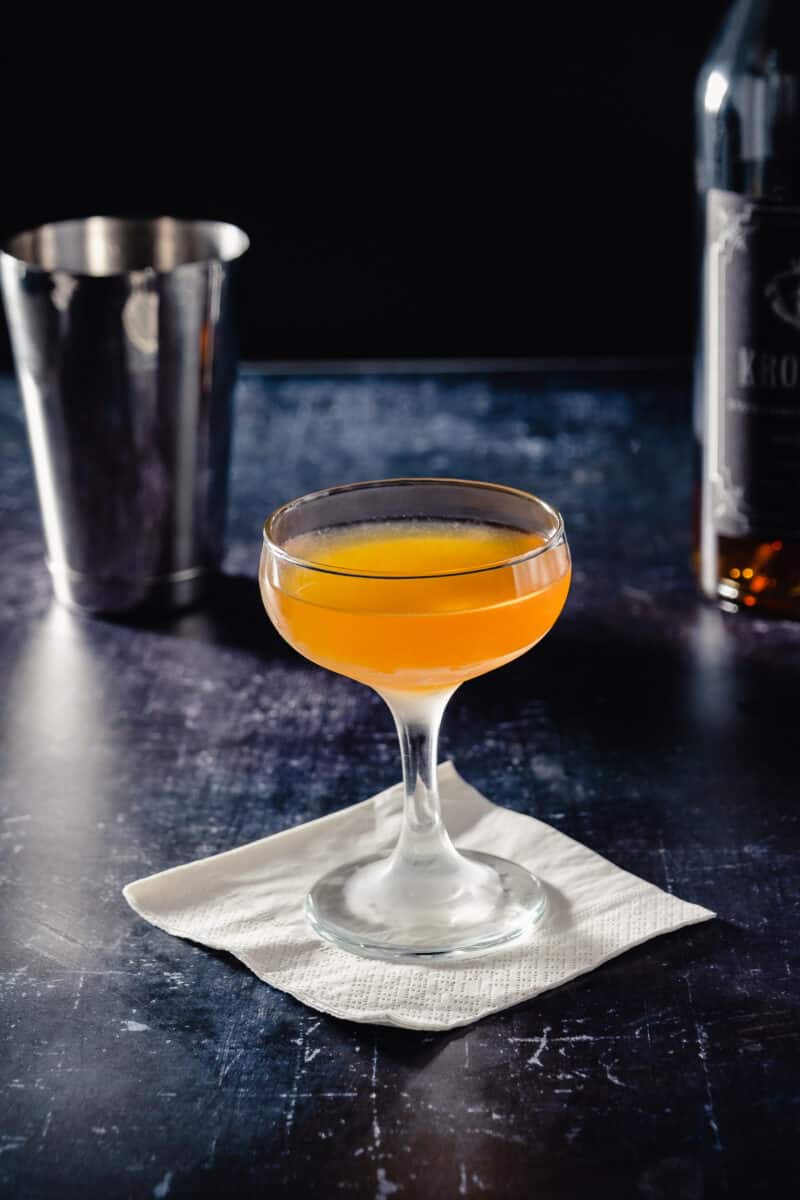 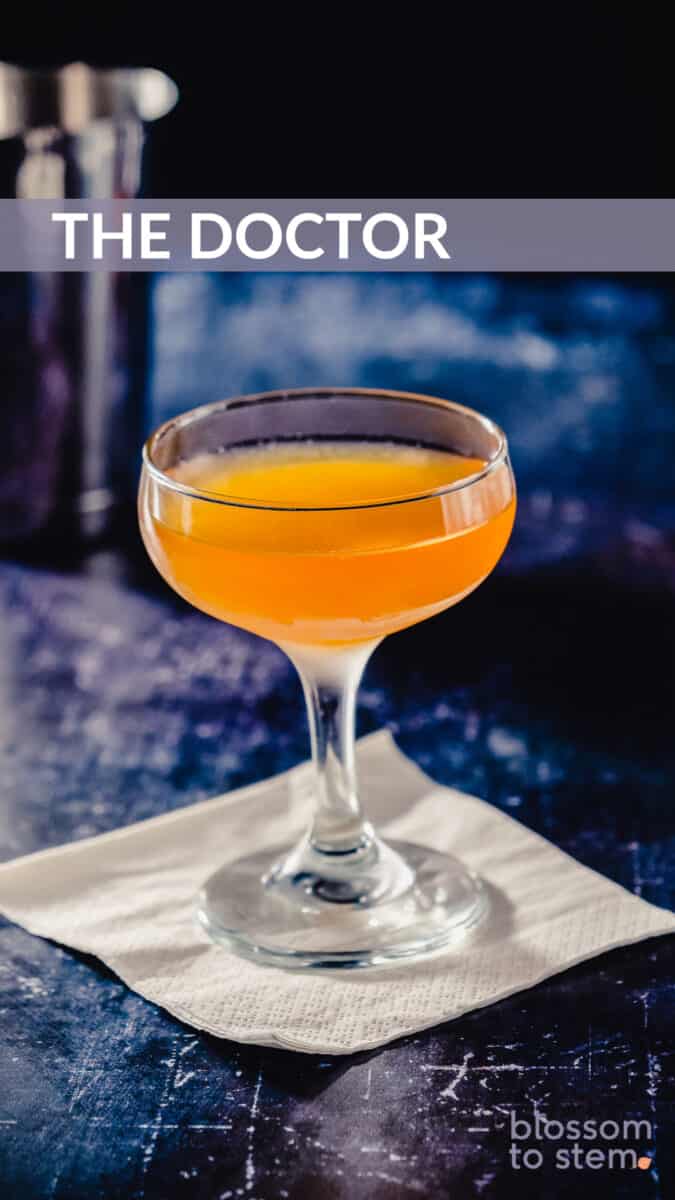 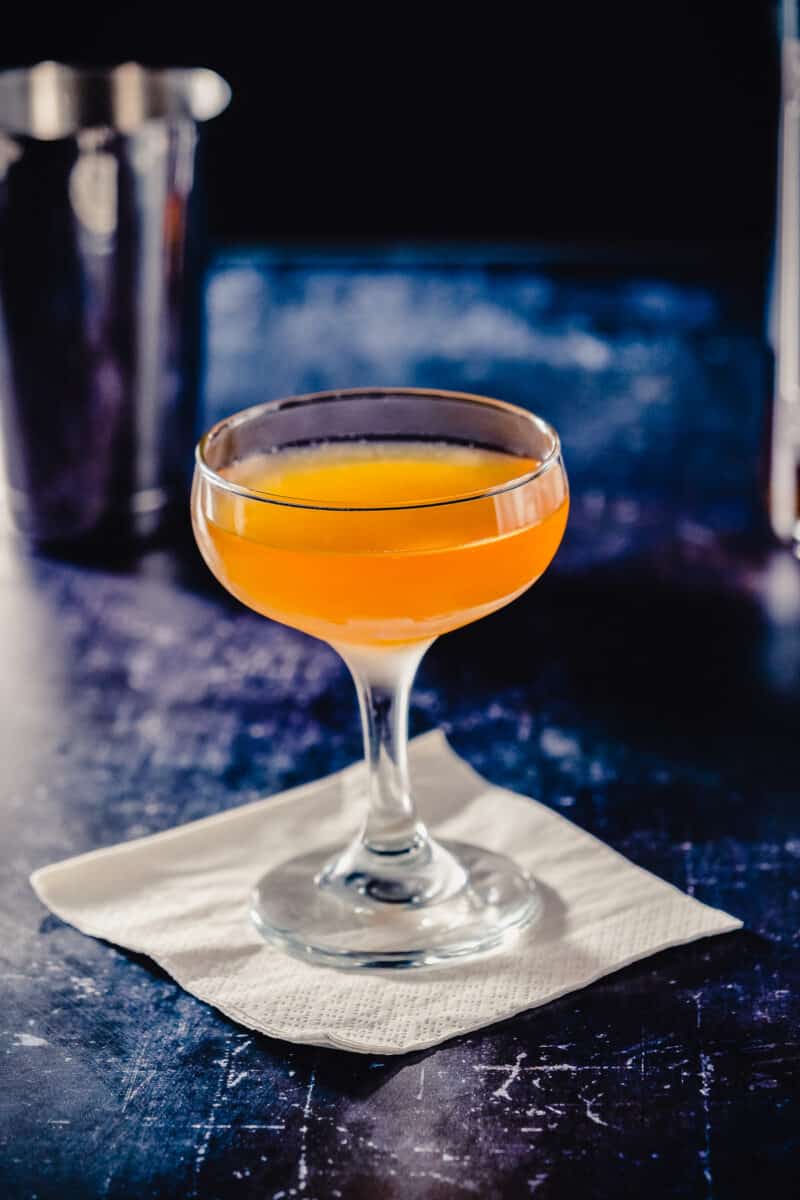 The Doctor is an old cocktail that’s taken many forms, but at its core, the drink is a celebration of Swedish punsch and some kind of citrus.

Usually these days there’s a bit of rum in it as well, making it much like the modern daiquiri. Only it’s spicier and brawnier and infinitely more complex, while still being approachable.

Swedish punsch is a delightful cocktail ingredient that’s become much more widely available in the US over the last decade. It’s a Nordic punch based on Batavia Arrack that dates back to the mid-18th century when Sweden began importing a rice and sugarcane arrack.

It’s a blend of the aforementioned Batavia Arrack, a funky Indonesian sugarcane and fermented rice based spirit, along with other rums and sugar and spices. (If you want to make your own, here’s a recipe for Swedish punsch.)

The Doctor is a pre-Prohibition cocktail that first appeared in Hugo Ensslin’s 1916 book, Recipes for Mixed Drinks. Ensslin calls for 1 jigger Swedish punsch and the juice of one lime stirred over cracked ice.

The recipe evolved over the years to include versions that called for lemon juice or orange juice or a combination of the two in place of the lime. And most versions add some amount of rum, though some called for gin.

I’ve seen calls for equal parts Swedish punsch and rum or ratios of anywhere from 2:1 to 4:1 either way.

And the rums involved have been anything from Bacardi to the assertive Jamaican Smith & Cross.

(And by the way, a good trick for just about any drink that tastes a bit too sharp or bitter or assertive is to try stirring in a quarter ounce of rich simple syrup and seeing if that smooths over the rough edges to your liking.)

So there isn’t quite a broad consensus on what the precise proportions are here and only a loose consensus on the ingredients.

Still, the versions I’ve encountered in cocktail bars in recent times have involved Swedish punsch, rum, and lemon or lime and maybe some simple syrup.

It’s a cocktail that feels right at home with modern, complex, not-overly-sweet tiki drinks (like the Kingston Club). The contemporary Doctor cocktail is similar to a classic daiquiri, but fuller and richer with a lovely sweet-tart balance.

The drink has plenty of depth from the Swedish punsch, so I personally prefer a rum on the lighter side. I used the 3-year El Dorado here because I had it around, but a lighter-to-medium Jamaican rum like Appleton Signature Blend would be a great choice.

I also like it best with lime. I’ve enjoyed different proportions of Swedish punsch to rum and even some versions with a bit of simple syrup.

I’m giving you the version that I’ve been making at home lately, but I want to encourage you to play around with this one, because I don’t think this is a cocktail with only one right formula.

Feel free to tweak and adjust and tinker as you see fit.