They are bright and inviting, but to be honest, I hardly know what to do with most of them.

Oh, I use bell peppers in all sorts of ways, and I throw jalapeños and serranos into salsas and guacamoles, and I use the occasional Thai bird chile in a stir fry (and I’ve even gotten reasonably adept at what to do with the dried varieties, but that’s another story).

But there is a vast world of chiles and peppers I’ve never cooked with. I’ve optimistically brought home baskets of them only to find shriveled specimens lying sadly in the bottom of the refrigerator a few weeks later.

But this year I was determined to expand my pepper universe, at least a little.

And when I came across Melissa Clark’s recipe for a hot sauce based on Sriracha, I knew I had to give a go. I returned from the farmers market armed with habañeros and red bell peppers and a bulb of New York white garlic and went to work.

It was surprisingly easy (I don’t know why I imagined it would be difficult…). After about ten minutes of chopping and ten minutes of cooking (and several days of resting) I had two lovely little jars of fiery orange-red sauce.

This stuff packs a wallop. It is, to my tastebuds at least, significantly hotter than Sriracha. But it is also brighter and more complex.

Next time, I might leave out the habañero seeds for something a little tamer. But heat fiends will love it as is. And since it keeps for a long long time in the refrigerator, I can enjoy it in small quantities without worrying that it will go to waste. 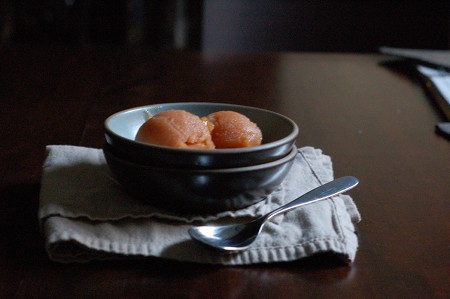 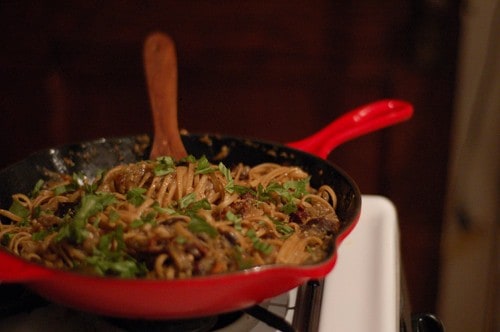