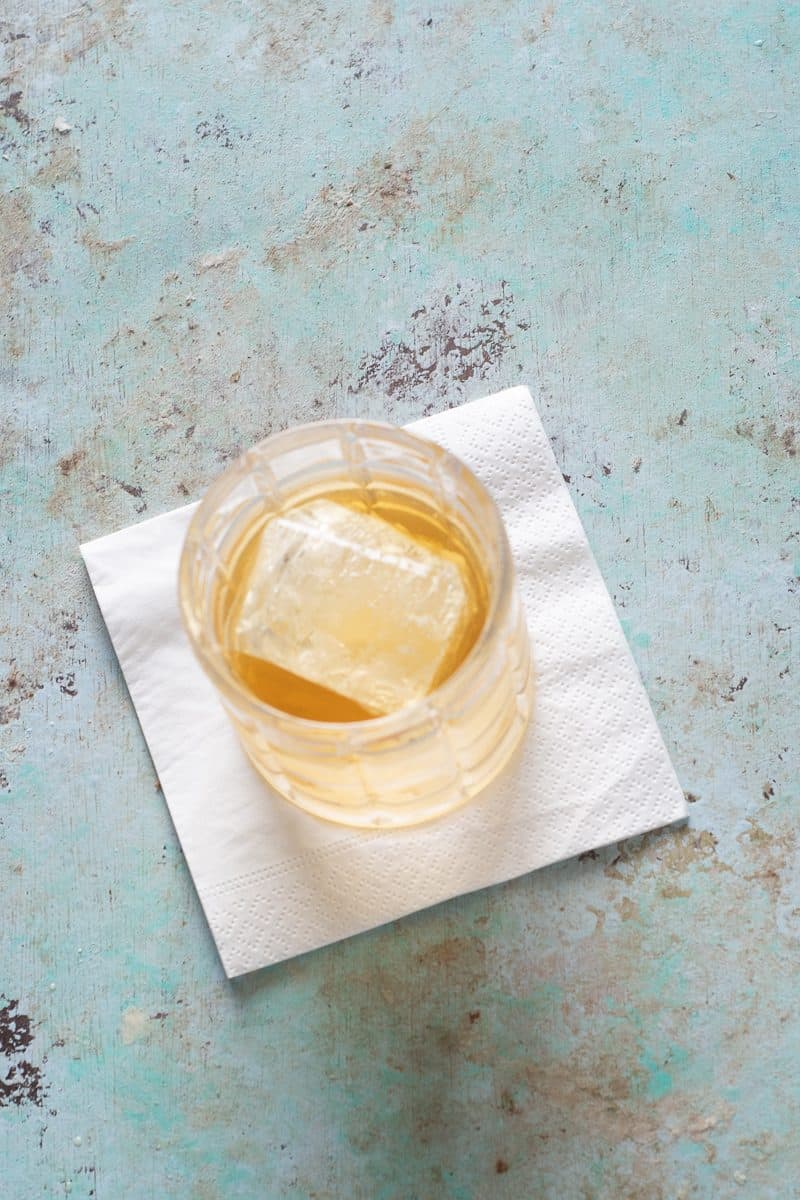 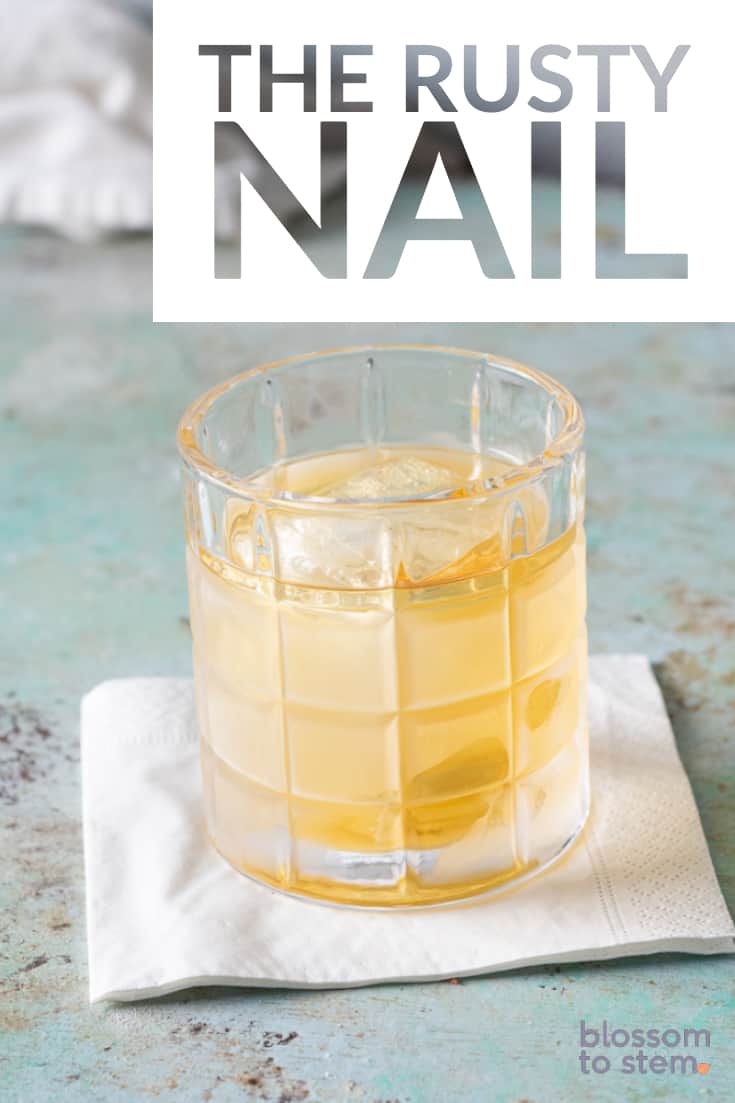 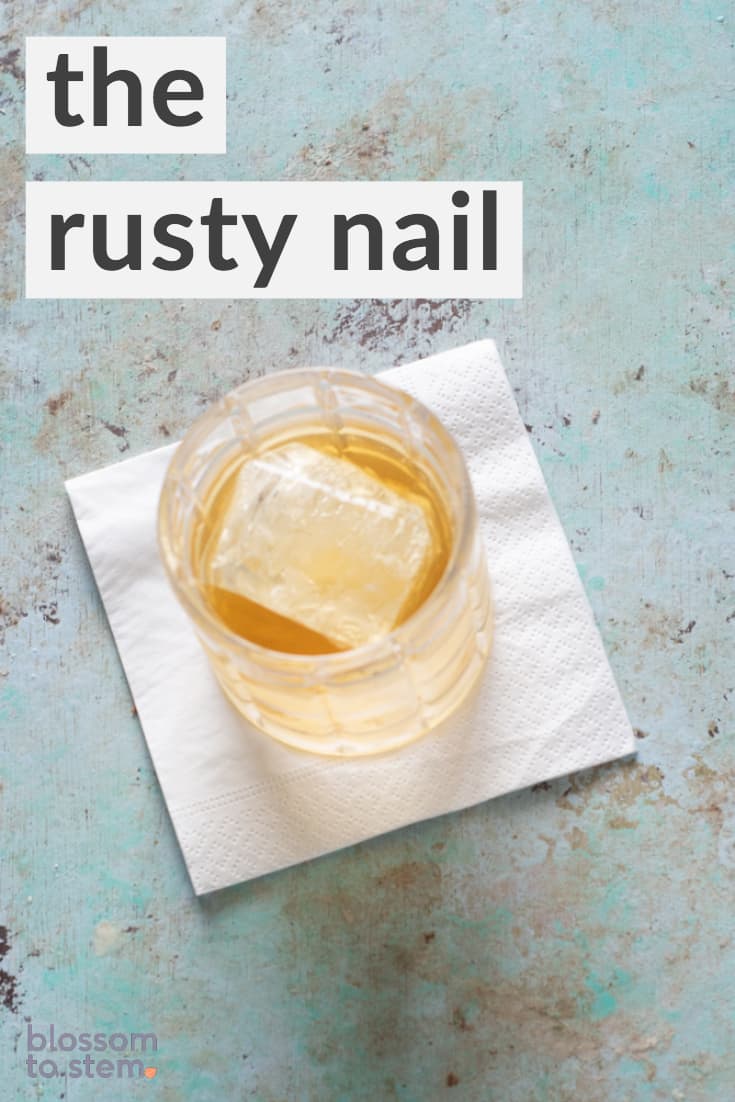 The Rusty Nail is an old man drink, but it’s a much younger one than, say an Old Fashioned or a Manhattan.

The latter cocktails are pre-Prohibition classics that were already popular in the 19th century, but one of the two essential components of the Rusty Nail—Drambuie—wasn’t even available commercially until 1909.

And the combination of Scotch and Drambuie didn’t emerge until 1937 and didn’t become the drink that we’ve come to know as the Rusty Nail until the somewhere around the 1960s.

Drambuie is a Scotch-based liqueur with heather honey and herbs and spices. It’s a sweet liqueur with anise and vanilla notes.

It’s too sweet, really, to drink on it’s own, but it works well when it serves as a sweetener to something with big brawny flavors (like how it gets paired with Fernet Branca in the Kingston Club).

I think of it almost as a honey-based simple syrup (though it’s an 80 proof one, so be careful).

And, in the 1960s and ’70s, this was the sort of drink that people made at home among friends, at the wet bars in their suburban houses, grabbing the tongs from the ice bucket and plunking cubes into a rocks glass and eyeballing the pours of Scotch and Drambuie, which were supposed to be roughly equal parts.

But for most contemporary cocktail drinkers, the equal parts ratio is much too sweet unless it’s explicitly serving as a dessert drink. (But if you like it that way, you do you!)

I prefer it with 2 ounces of Scotch and a 1/2 ounce Drambuie.

I like to use Monkey Shoulder, but Johnnie Walker Black or Dewar’s 12 Year are other good options.

And when I’m not being lazy, I build it in a mixing glass, stir it over ice and strain it into a rocks glass with a big cube.

When I’m being lazy, well, I go ’70s freestyle pouring (well, minus the wet bar and the ice bucket), but I always go easy on the Drambuie. You can add more, but you can’t take it away.

Plenty of people use single malts for the Rusty Nail, including Laphroaig and others. It's a great way to experiment with different flavors, punching up peat and smoke and see how it goes together with the sweetness and spices. I'd disregard the advice to only use blends, do what you like!