We’ve lived in the same neighborhood as Big Jones since it opened in 2008, but we only realized what a gem it is about a year ago.

I wasn’t a huge fan of the “grease, grits, and greens” kind of Southern cooking I was familiar with, and for much of that time I was a vegetarian, further distancing me from the region’s ham-hocked and larded cuisine.

But Big Jones is a different kind of Southern restaurant. It’s a restaurant steeped in history.

It’s not unusual to see a date next to a menu item (e.g. farmhouse chicken and dumplings circa 1920) locating the dish not just in a regional tradition but also calling back to the way it would have been prepared at a specific time in history.

It features not just the food of New Orleans or Charleston but looks to the diverse culinary traditions of Kentuckiana and Appalachia and the Lowcountry.

Chef Paul Fehribach is committed to sourcing the highest quality sustainable ingredients, much from local farms as well as heirloom grains from Anson Mills (made famous by Sean Brock). Everything on the menu is meticulously researched, expertly prepared, and thoughtfully sourced.

There’s some damn fine fried chicken, based on Edna Lewis’s recipe (wait, stop, if you haven’t yet you need to go read Francis Lam’s beautiful piece on her right now), the seasonal vegetarian dish usually involving fried mushrooms and heirloom grains never feels like an afterthought, and the drinks and desserts are always done well.

And I haven’t even gotten to the complimentary beignets still hot from the fryer that arrive at every table at Sunday brunch.

When Dan and I gave it a chance after we moved about a block and a half away last year, we couldn’t figure out why we hadn’t done it sooner. It’s become a regular stop for us, a place we’re thrilled to have around the corner, a place where we’re on a first name basis with the staff behind the bar.

Because of all that, I can’t exactly claim to be unbiased when it comes to the The Big Jones Cookbook, which came out earlier this year and of which the University of Chicago Press was kind enough to send me a copy.

So I’m not exactly going to review it. Because bias.

I am going to tell you that it’s a cookbook clearly made with as much care as everything at the restaurant. Fehribach writes thoughtfully about his inspirations (see Edna Lewis above), his love of history, his time spent digging through archival receipts (the precursors to modern recipes), and the Southern culinary traditions he grew up with in Jasper, Indiana.

I’m going to tell you that it doesn’t look like so many other contemporary cookbooks filled with photos of “weathered wood, rusty old spoons, and an over-abundance of crumbs,” instead it features illustrations (by Andy Shay, who also happens to be in charge of the cocktail program) that remind me of cookbooks from another era, a bit like Patricia Curtan’s illustrations in Chez Panisse Vegetables.

I’m going to quibble with the ways the cookbook is sometimes a little bit too chef-y for home cooks, like the cornbread recipe calls for masa from Anson Mills, which, at least currently, is only available wholesale, which requires a minimum 50-pound purchase, an amount that’s impractical even for ambitious home cooks.

And while I have tons of respect for Fehribach’s commitment to using the whole hog, most people aren’t going to be daring enough to be butchering one in their home kitchen.

That said, I’m going to tell you that you have to make the fried morels (and that the treatment is also delicious with less pricy and exotic mushrooms, such as oysters).

Also, you really have to make these waffles, which were inspired by a rice flour waffle from 1900. We tend to think of gluten-free baked goods as a recent invention, but it’s fascinating to know that people were making waffles with rice flour more than a century ago.

I made these with Anson Mills Carolina Gold Rice Flour (which is available in home-friendly retail quantities), and they were awesome, but I understand that it’s pricy, and I’d still recommend them with the more affordable, widely available Bob’s Red Mill Rice Flour. They were not just good for gluten free waffles, they were some of the best waffles I’ve made, period. 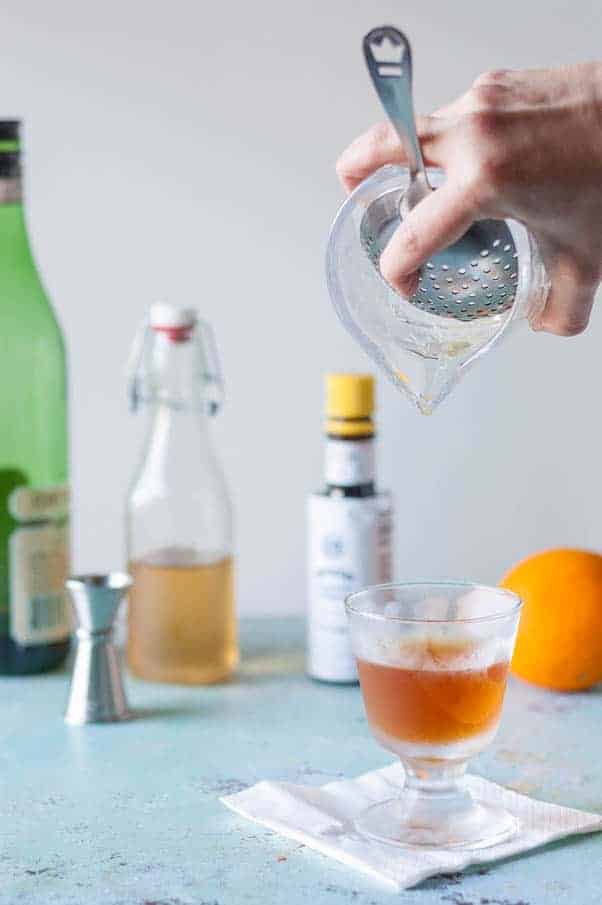 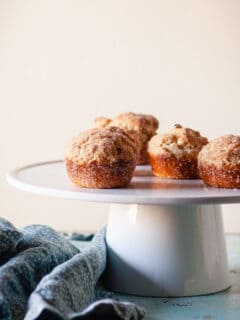 @Joy, all I could taste in this recipe was the baking soda. I had to throw them away. They were gross. I’d stick to recipes that use baking powder instead

Joy, yes it's white rice flour. The recipe as written is correct. Hope you like them!

Thanks for sharing! I'm always on the lookout for new cookbooks!

Thanks, Tina! It's a good one.

These look delicious! Can you taste the difference using rice flour instead of regular flour?

There is a flavor difference between rice flour and wheat flour. It's a subtle difference, but I think it's definitely there. The Carolina gold rice flour from Anson Mills has a more distinct flavor than the Bob's Red Mill rice flour. Still I think rice flour mostly registers as a neutral flavor--it's not as assertive as, say, cornmeal or buckwheat.

Ever since I started baking gluten free, I've really enjoyed experimenting with different flours. There are so many to play with! Will this recipe work with brown rice flour?

I know what you mean. I don't bake exclusively gluten free, but I love the new world of flavors and textures that different kinds of flours provide. I don't have much experience with brown rice flour. I think it would work here, but I can't guarantee it. If you try it with brown rice flour let me know how it turns out!

Why, why oh WHY is everything delicious so bad for my hips? Why? That is a real question LOL

Ha! Carol, I feel your pain. I'm a moderation-in-all-things kinda person, but I know my metabolism and I don't always agree on what's "moderate" :)