“August has passed, and yet summer continues by force to grow days. They sprout secretly between the chapters of the year, covertly included between its pages.”

Alice Spawls post on the London Review of Books blog about a photo of some women who are not the Bronte sisters. I love historical investigations of the apocryphal. This one is brief and easily digestible.

This is over a year old, but I love the utility of a good piece of service journalism, and Eric Hansen’s piece on bike locks includes interviews with actual bicycle thieves. Practical.

Parul Sehgal’s essay in Bookforum exploring recent writing on parenting and family. How can you not read an essay that starts with this?:

AS AN INSTITUTION, the family is in the curious position of being regarded as both crucial to human survival and inimical to human freedom. It bears a note of bondage down to its root; family, that wonderfully warm, nourishing-sounding word (it’s the echo of mammal, mammary, mama, I suspect), derives from the Latin familia, a group of servants, the human property of a given household, from famulus, slave. Since its beginnings, family has carried this strain of being bonded—and not just in body but in imagination. “In landlessness alone resides the highest truth, shoreless, indefinite as God,” says Ishmael, setting sail in Moby-Dick. On shore, we are to understand, our minds remain manacled, too absorbed with the hearth to look up at the stars. The first thing the Buddha did in pursuit of enlightenment was to leave home (after naming his newborn son Rahula—“fetter”). For writers, the family has been posited as an especially hazardous pastime; as Cyril Connolly’s lugubrious forecast goes: “There is no more somber enemy of good art than the pram in the hall.”

FiveThirtyEight takes a look at the economics of splitting the check at a restaurant. As someone who loathes ending a meal with complicated math, this was interesting.

The world lost Oliver Sacks this weekend, and we’re all poorer for it. Here’s a collection of his writing, all of which is so worth reading.

Wet Hot American Summer First Day of Camp. The stupid, silly, and very funny series with an all-star comedy cast that’s a prequel to the 2001 cult classic. I haven’t watched anything this ridiculous and this fun in a long time. I never realized that 40-somethings pretending to be teenagers could be such comedy gold. Streaming on Netflix.

Do you ever take This American Life for granted? I totally do. Then I listen to an episode like this one about contemporary school desegregation, and I’m like, oh yeah, this show is really great.

Someone photographed butterflies drinking turtle tears in Ecuador. For real. 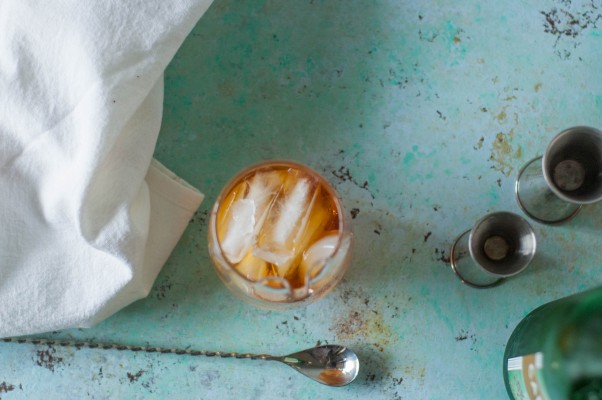 that essay fragment is thought-provoking...