“The shortest day has passed, and whatever nastiness of weather we may look forward to in January and February, at least we notice that the days are getting longer.  Minute by minute they lengthen out.  It takes some weeks before we become aware of the change.  It is imperceptible even as the growth of a child, as you watch it day by day, until the moment comes when with a start of delighted surprise we realize that we can stay out of doors in a twilight lasting for another quarter of a precious hour.”

-Vita Sackville-West from  Even More for Your Garden

, a stunningly beautiful, painterly, slice-of-life film about the artist J.M.W. Turner from Mike Leigh (who also brought us Topsy-Turvy

the incredible Gilbert and Sullivan biopic starring Jim Broadbent and Allan Corduner). Leigh favors a cast with interesting, well-worn faces and neither canonizes nor villainizes the complicated Turner. Timothy Spall turns in my favorite guttural performance of the year.

, the Martin Luther King, Jr. biopic from director Ava Duvernay, a movie I wanted to put in the category of Oscar schlock but was so well made with a fantastic performance from David Oyelowo that resists the temptation to mimic King while capturing his strength, smarts, and charisma. It is truly surprising this didn’t get more Academy Award nominations.

, a compact, quiet little gem of a film set in Poland in 1962. Its two leads are two women grappling with their own identities and Poland’s relationship to its Jewishness in the postwar era. It’s beautifully shot (it nabbed a well-earned Oscar nomination for best cinematography in addition to its nomination for best foreign film) and has an almost timeless, fable-like quality to it. [Streaming on Netflix and Amazon Prime]

, the latest film from Wes Anderson. It came out in the spring but I recently rewatched it, and, if possible, I loved it even more on the second viewing. It’s a film with all of the charm of a complex diorama come to life. Ralph Fiennes turns in an enrapturing performance as the concierge Gustav H. It’s a tough call between him and Timothy Spall for my favorite performance of the year.

This oddly mesmerizing short film from the 1950s capturing two First Nation people in the far north of Canada building an igloo. They just use snow and a knife, and they really amaze me.

On the topic of movies, I’m a big fan of the Filmspotting podcast from Josh Larsen and Adam Kempenaar. Their 2-part Top 10 Films of 2014 shows, in which they are joined by Michael Phillips of the Chicago Tribune and Scott Tobias of The Dissolve are particularly great [Part 1, Part 2].

Nicholas Miriello’s review of Three Light-Years: A Novel at the Los Angeles Review of Books. A lovely little meditation on memory.

Our new dog, Inka, pictured above, with her crooked little tail, has stolen my heart. 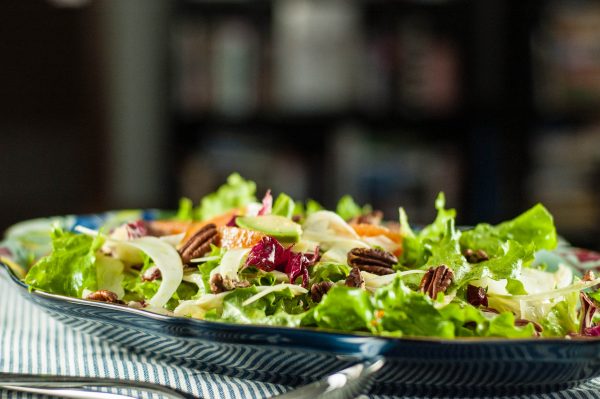 Previous
Cara Cara Orange and Avocado Salad (or salads, and how to make a good one) 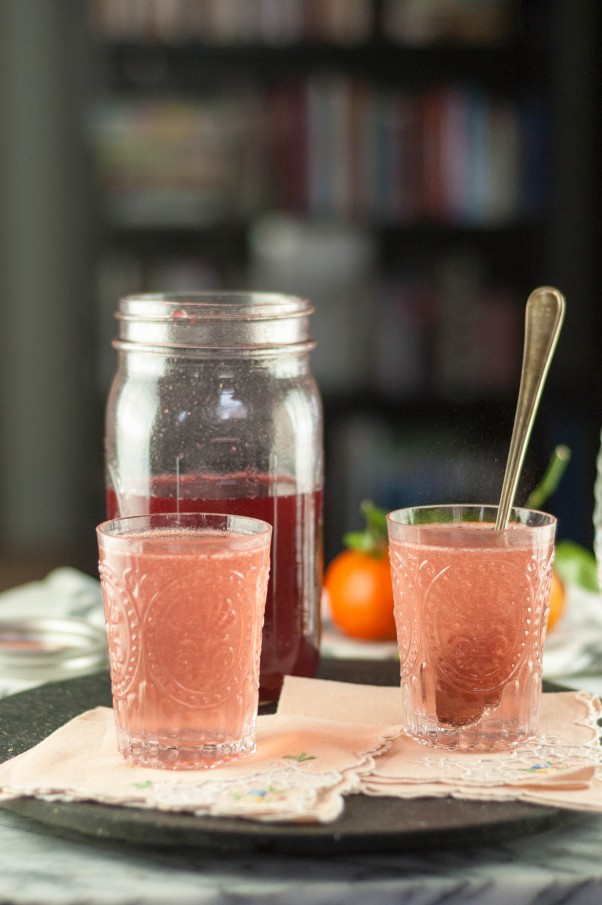 Next
Blackberry-Raspberry Shrub (a drinking vinegar for fans of sour)
Click here to cancel reply.